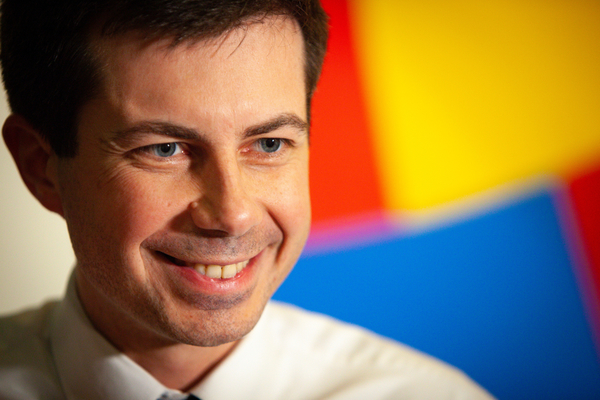 Newly minted transportation secretary Pete Buttigieg is almost giddy with excitement about all the ways he can tax the American people to fund his grandiose infrastructure dreams.

That excitement was apparent in a recent interview on CNBC, when he outlined how he plans to pay for President Biden's $2 trillion infrastructure plan.

After batting down a "gas tax" because he plans to "electrify the vehicle fleet," the secretary expressed support for a mileage-based tax on all Americans.

"That shows a lot of promise if we believe in the user-pays principle, the idea that part of how we pay for roads is you pay based on how much you drive," he said. "A gas tax used to be the obvious way to do it, but it's not any more. So, a so-called vehicle miles traveled tax... could be a way to do it."

A mileage-based tax shows a lot of promise, @SecretaryPete says about funding President Biden's infrastructure package. Revenue generation will most likely come from several different sources. "We've got to think big; it's got to be transformative." https://t.co/QY1JvWXXOA pic.twitter.com/4R2CD6KaZV

Buttigieg has since backtracked on that scheme, but his apparent willingness to raise taxes on hardworking Americans is still incredibly troubling.

Roads and bridges might be under the jurisdiction of the government, but they shouldn't be funded by the federal government. Residents of Texas shouldn't have to pay for roads in Delaware, and residents of California shouldn't be on the hook for bridges in New Jersey. Taxpayers in each state should have the power to decide how their money is spent and which infrastructure projects to prioritize.

Instead, under Buttigieg and Biden, bureaucrats in Washington take money from state budgets and then redistribute that money to their preferred projects and contractors. Money is wasted, power is abused, and We the People have little say in what happens with our hard-earned dollars.

To make matters worse, the federal government also has the power to impose new taxes on the American people to compensate for their incompetence. If they waste a trillion here or there, it's fine: they can just impose new taxes to make up the difference.

The American people will only tolerate Washington's abuse and corruption for so long. That's why the movement is growing to call an Article V Convention of States.

A Convention of States is called and controlled by the states and has the power to propose constitutional amendments. These amendments can limit Washington's power to tax and spend, and restrict their jurisdiction to only a small, narrowly tailored set of issues.

If these amendments are ratified following the Convention, the federal government will have far less power to run our lives and dictate our decisions. Pete Buttigieg might want to impose a new mileage tax, but after a Convention of States, he'll be powerless to do so.