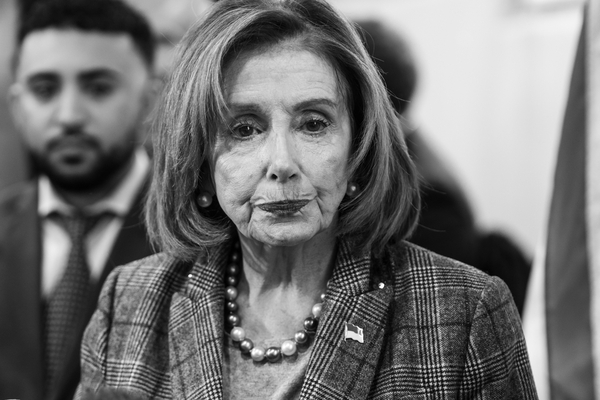 On Thursday, House Speaker Nancy Pelosi announced she is officially stepping down from her leadership position in next year's 118th Congress, ending a 20-year reign as the top House Democrat.

Republicans officially won control of the new House on Thursday as final results trickled in from the midterm elections. With the takeover came a speedy launch of a new investigation into the corruption of the Biden family.

Representative James Comer announced that the Republican House Oversight Committee would begin investigating business dealing between Joe Biden and his son Hunter Biden to determine if the president "is compromised or swayed by foreign dollars."

"This is an investigation of Joe Biden, the president of the United States, and why he lied to the American people about his knowledge and his participation in his families' international business schemes," Comer said citing national security as a possible risk.

Hunter Biden was involved in suspicious business dealings for years, as the "laptop from hell" revealed. The fact that the president continues to send billions to Ukraine while it's a fact that his son has engaged in business partnerships in Ukraine leaves lots of loopholes and questions to be answered. Over a five-year period, Hunter Biden acquired over $11 million from Chinese and Ukrainian businesses.

"This evidence raises troubling questions about whether President Biden is a national security risk and about whether he is compromised by foreign government," Comer explained in the news briefing.

"Whistleblowers described President Biden as chairman of the board. For these businesses. He personally participated in meetings and phone calls, documents show that he was a partner with access to an office. To be clear, Joe Biden is the big guy."

Our Founding Fathers made a system of checks and balances, which help keep each branch of government accountable. While the House will hopefully get to the bottom of the Biden corruption, it's up to the American people to hold the entire Swamp accountable.

By calling for an Article V Convention of States, we can put the federal government back where it belongs. Learn more about the COS movement and show us your support by signing the petition below.