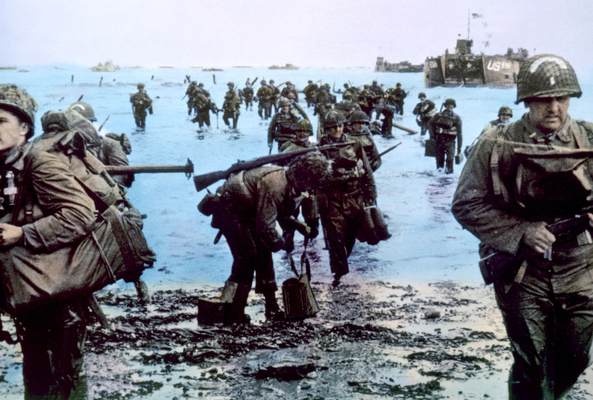 Many Americans are rightly afraid of the recent coronavirus that emerged from China in January. It's the worst global health crisis in our lifetime, and thousands -- if not millions -- of people will be directly affected by it.

But few countries have a better track record dealing with major crises than the United States of America. As Lee Edwards points out at The Daily Signal, the American people have come together to overcome disaster after disaster -- and we've just grown stronger as a result.

America was born out of crisis. Taken for granted by an arrogant king, we fought and won a war of independence over the most powerful nation in the world­—England.

Bitterly divided over the issue of slavery, we engaged in a bloody civil war from 1861-65 that preserved the union and banned slavery.

We were plunged into a Great Depression that lasted almost a decade from 1929-1938 and ended only when we went to war against Imperial Japan and Nazi Germany.

No sooner had we led the Allies to victory in World War II, than we were forced to assume the reins of leadership in a Cold War that lasted 40 years and took the lives of 93,000 Americans fighting in Korea and Vietnam.

We enjoyed a decade of normalcy in the ‘90s, but in 2001, radical Islamists flew hijacked jetliners into the World Trade Center and the Pentagon, killing 3,000 innocent Americans.

Once again, we rose to the challenge and a wave of patriotism not seen since World War II swept the country. America was once again not red and blue, but a red, white, and blue nation.

We barely had caught our breath when the Great Recession of 2008-2009 hit, plunging us into the worst economic crisis since the Great Depression.

Recovery took longer than the experts expected, but under President Donald Trump the economy grew, unemployment fell to a record low, and we looked forward to a lively presidential debate between two very different philosophies of government.

Now we're being called to address a new crisis, and we'll do so with the same courage, resilience, and ingenuity that has made our country the greatest on earth.

Part of that long-term response must be to call the first-ever Article V Convention of States. The $23 trillion national debt is hampering our ability to address the sinking economy, and we must be in a better position next time a major disaster threatens our livelihoods.

A Convention of States can propose constitutional amendments that force Congress to be fiscally responsible. Imagine if our country had limited debt and a balanced budget. How much more could we do for struggling American families and American businesses?

Congress had abdicated its responsibility to spend our money responsibly. Once this crisis is over, it's up to us to force them back in line, and we can do it with a Convention of States.