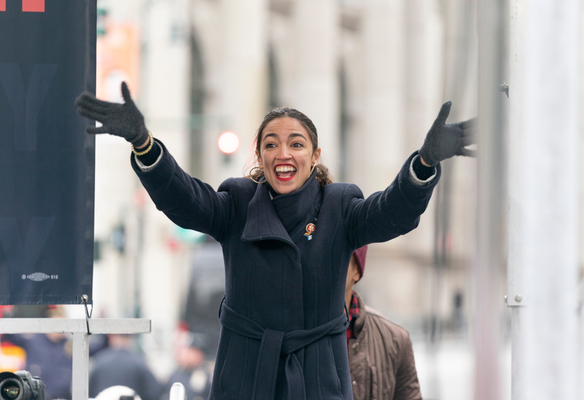 New York Representative Alexandria Ocasio-Cortez has had some bright ideas in the past, but this is one of her best.

She took to Twitter on Thursday to propose that in order to fight the recent uptick in COVID-19 cases, the federal government should simply "pay people to stay at home."

To get the virus under control, we need to pay people to stay home.

This would be a great idea if money grew on trees, fell from the sky, or was dispensed by little green leprechauns. Unfortunately for AOC, money comes from governments, which can't spend endlessly without risking serious financial collapse.

The COVID-19 pandemic is indeed serious, and there may be a financial role for the federal government to play. But simply paying people to stay at home -- after we've already spent trillions of taxpayer dollars and our country is nearly $30 trillion in debt -- isn't a serious solution.

But AOC's perspective is all-too-common in our nation's capital. Our elected officials believe they can spend endlessly without consequence. They won't be around when the financial collapse happens, so they feel no qualms about irresponsible spending if it increases their reelection chances.

We need to hold our elected officials accountable. They won't place limits on their own spending, which is why we must call the first-ever Article V Convention of States.

A Convention of States is called and controlled by the states and has the power to propose constitutional amendments that force Congress to be fiscally responsible. These amendments can include a balanced budget amendment, but a BBA alone isn't enough. We also need real caps on spending and real limits on taxation to keep the feds from simply raising taxes to balance the budget.

We can't force our members of Congress to be smarter, but we can force them to stay within responsible spending limits. A Convention of States is the solution the Founders would have wanted us to use (they voted for it unanimously at the constitutional convention), and it's time we follow their advice and get our nation's finances under control.