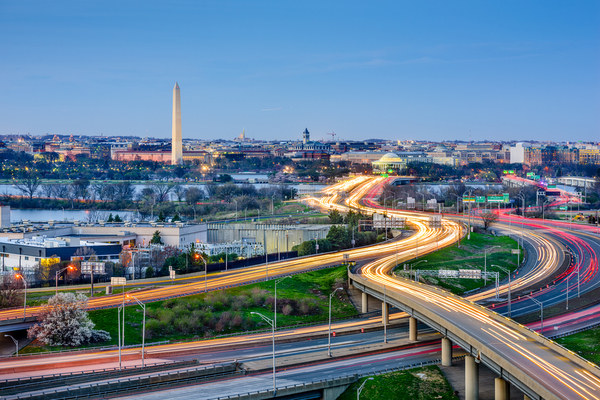 Just one-third of Americans view federal bureaucracies in Washington, D.C. in a positive light while over half perceive federal agencies, such as the EPA, CDC and IRS, as too large and ineffective in serving the American public.

The new polling results, which come from The Trafalgar Group in partnership with Convention of States Action, signal a widespread distaste for the increasingly corrupted and controlling environment on Capitol Hill.

The public mindset on big government is waking up, with 58.5% of voters taking a stand against federal bureaucracies, which they perceive as too large and politically self-interested. But among GOP respondents, the stand against these bureaucracies is even greater, with about 90% of voters unifying in opposition.

Why does this matter? Because it shows a split in thought processes within party politics. Republicans stand overwhelmingly firm on the subject of abusive and out of control federal government while Dems are at least questioning, if not coming around to the idea that government may not be so innocent and trustworthy.

Even so, 16.3% of Democrats flat-out say these federal agencies only serve their own political interests, creating a much sharper divide in liberal ideologies than the conservative ideological gap – in which just 5.7% of Republicans say federal agencies are effective and useful.

By ethnicity, Asian respondents were the most trusting in government institutions while whites and Hispanics were almost equally in opposition to big government bureaucracies.

Federal power inside untraceable and unreliable agencies is enormous – and continuously growing. At the end of the day, opposition will only grow as the White House and Congress both continue to break down the American economy, culture and way of life. It’s unsustainable and it will have consequences, which is why the Convention of States Project is working to address the situation before it’s too late.

Using Article V of the Constitution, We the People can be a barrier between the establishment politicians and tyranny by instituting term limits, federal budget requirements and other mechanisms that limit federal government power, size and jurisdiction.

Help us call a Convention of States by signing the petition below and getting involved with you state team.