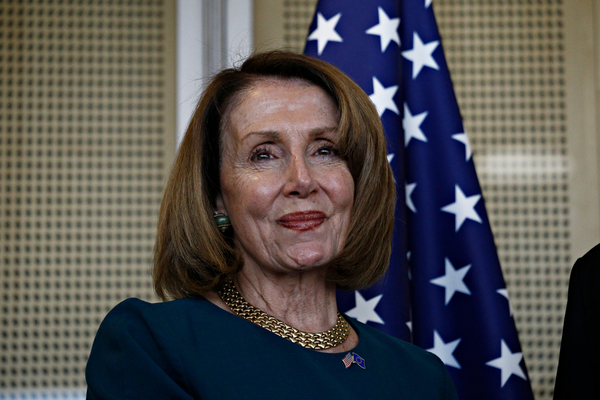 It's official: the national debt has topped $23 trillion for the first time in American history.

The news comes only nine short months after the debt topped $22 trillion, meaning the federal government added a whopping $111.1 billion per month since February.

“Reaching $23 trillion in debt on Halloween is a scary milestone for our economy and the next generation, but Washington shows no fear," Michael A. Peterson, CEO of the fiscally conservative Peter G. Peterson Foundation, told The Hill.

"Piling on debt like this is especially unwise and unnecessary in a strong economy," he added.

To put these numbers in perspective, Washington has added enough public debt to purchase the most expensive house in the United States -- the famed Chartwell estate -- 454 times each month.

They've added enough public debt over the last nine months to purchase the Crown Jewels of England (estimated to be worth $4 billion) 250 times.

They've added enough public debt in a single month to purchase 1,587 models of the most expensive car ever sold -- a Tour de France-winning 1963 Ferrari 250 GT.

We could go on, but you get the idea. The federal government sinks our country further into debt at an alarming rate, and they don't seem to have any intentions of slowing down.

As The Hill points out, these irresponsible spending habits could have dire consequences:

High levels of debt can push up borrowing costs and interest rates, "crowd out" private borrowing and weigh down budgets. In the 2019 fiscal year, for example, the government had to devote $376 billion just to pay the interest on the debt, equivalent to nearly half the defense budget, and more than the amount spent on the combined costs of education, agriculture, transportation and housing.

We might not be around for the fiscal collapse, but our children and grandchildren will. They'll be here to clean up the mess we've made, and their financial lives will be in ruin as they work to pay the taxes necessary to pay off our ever-expanding national debt.

Congress will never vote to balance the budget, place real limits on spending, or cap taxation. That's why we need to call the first-ever Article V Convention of States.

Fifteen states and over four million Americans have signed on to support the Convention of States movement. Will you be one of them?