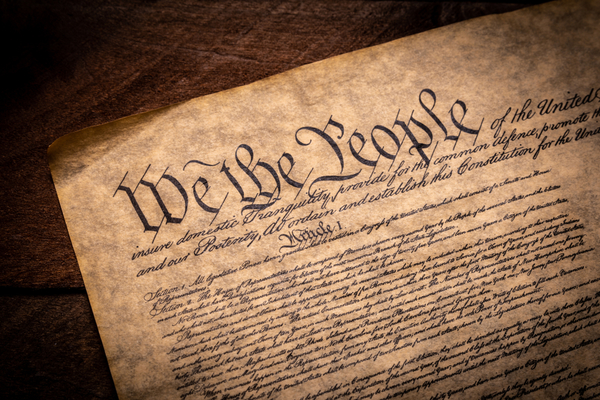 The Convention of States movement has facts, history, and logic on its side. It also has the nation's top Article V experts.

We've published a few questions below, and you can check out the full document here.

Q. I was also told that the 1787 Constitutional Convention “ran away”—that Congress called it only to propose amendments to the Articles of Confederation, but it produced a new constitution instead. Is that true?

A. No, that is a myth. The convention was called by the Virginia state legislature and had full authority to propose any reforms it deemed “necessary for the exigencies of the union.”

Q. Who invented the idea that a convention of states can’t be controlled?

A. We don’t know. But the main work of spreading the “runaway” story was done by in the 1960s, ’70s, and ’80s by liberal media and academics. The idea was to discourage campaigns for constitutional amendments requiring a balanced federal budget, reversing the Supreme Court’s abortion decision of Roe v. Wade, and other “conservative” reforms.

Q. Obviously the federal government has become dysfunctional and Congress is not going to cure itself. So who opposes calling a convention?

A. There are two principal groups of opponents:

First, some “establishment liberal” organizations don’t want to check the federal government’s power, so they oppose a convention. These organizations are funded heavily by leftist financiers such as George Soros. They are assisted by some
academics, liberal media outlets, and Washington, D.C.-based lobbyists like Common Cause. These groups manufacture nearly all the “ammunition” used by anti-convention lobbyists.

Second, a handful of conspiratorial organizations on the far right oppose a convention. Their spokespersons rarely have any credentials to speak on constitutional issues, so they borrow nearly all their talking points from the Left.

These groups work well together: The liberal organizations provide publicity and arguments and the rightist groups pass on their arguments to conservative lawmakers.

A. No. In fact, the claim is absurd. Madison was the principal drafter of Article V. He wrote in favor of the process and promoted it in Federalist No. 43.

As far as we can tell, the myth that Madison opposed amendments conventions was invented in 1983 when Arthur Goldberg, a liberal political figure, purveyed it in a legal magazine. Goldberg deceptively excerpted a letter from Madison to make it look like he opposed all amendments conventions. In fact, Madison opposed only a 1789 proposal to re-write the entire Constitution.

Although a liberal figure invented the story, rightist groups have promoted it widely and, we think, in bad faith. This is because they have been provided with Madison’s full correspondence, but they continue to disseminate the false claim.

The full Q&A document is worth a read! Click here to check it out.