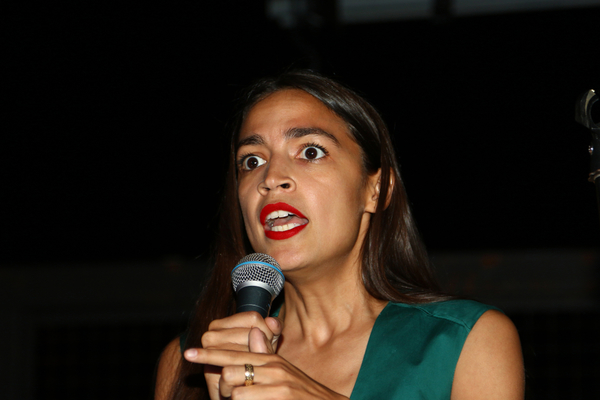 There's been lots of talk lately about electing the President based on a national popular vote. The idea is especially popular among Hillary Clinton supporters and urban politicians, but there's just one problem: it's unconstitutional. Convention of States Senior Advisor Rob Natelson explained everything in an op-ed published earlier this year on The Complete Colorado. He also helped win a court ruling that protects electoral votes.

The U.S. Supreme Court says each state legislature has “plenary” (complete) power to decide how its state’s presidential electors are chosen.

But suppose a state legislature decided to raise cash by selling its electors to the highest bidder. Do you think the Supreme Court would uphold such a measure?

If your answer is “no,” then you intuitively grasp a basic principle of constitutional law—one overlooked by those proposing the “National Popular Vote Compact” (NPV).

NPV is a plan to change how we elect our president. Under the plan, each state signs a compact to award all its electoral votes to the presidential candidate who wins the national popular vote. The compact comes into effect when states with a majority of presidential electors sign on.  The Colorado legislature is currently considering a bill to join this compact.

In assessing the constitutionality of NPV, you have to consider some of its central features. First, NPV abandons the idea that presidential electors represent the people of their own states. Second, it discards an election system balanced among interests and values in favor of one recognizing only national popularity. That popularity need not be high: A state joining the NPV compact agrees to assign its electors to even the winner of a tiny plurality in a multi-candidate election.

Third, because NPV states would have a majority of votes in the Electoral College, NPV would effectively repeal the Constitution’s provision for run-off elections in the House of Representatives.

Fourth, NPV requires each state’s election officer to apply the vote tabulations certified by other state election officers—even if those tabulations are known to be fraudulent or erroneous.  Indeed, NPV would give state politicians powerful incentives to inflate, by fair means or foul, their vote totals relative to other states.

In answer to this question, NPV advocates point out that the Constitution seemingly gives state legislatures unlimited authority to decide how their electors are appointed. They further note that the Constitution recognizes the reserved power of states to make compacts with each other. Although the Constitution’s text requires that interstate compacts be approved by Congress, NPV advocates claim congressional approval of NPV is not necessary. They observe that in U.S. Steel v. Multistate Tax Comm’n (1978) the Supreme Court held that Congress must approve a compact only when the compact increases state power at the expense of federal power.

A more fundamental problem with NPV, however, is that with or without congressional approval it violates a central principle of constitutional law.

The Constitution recognizes two kinds of powers: (1) those reserved by the Tenth Amendment in the states by reason of state sovereignty (“reserved powers”) and (2) those created and granted by the Constitution itself (“delegated powers”). Reserved powers are, in James Madison’s words, “numerous and indefinite,” but delegated powers are “few and defined.”

A state’s power to enter into a compact with other states is reserved in nature, and it almost always involves other reserved powers, such as taxation and water use. Such was the compact examined by the Supreme Court in the U.S. Steel case.

The scope of delegated powers is “defined” by the Constitution’s language, construed in light of its underlying purpose and its historical context. If state lawmakers or officers try to employ a delegated power in a way not sanctioned by its purpose and scope, the courts intervene.

For example, the courts often have voided efforts to exercise delegated powers in the constitutional amendment process in ways inconsistent with purpose or historical understanding. This is true even if the attempt superficially complies with the Constitution’s text.

Like a state legislature’s authority to act in the amendment process, its power to decide how electors are appointed is a delegated one. In exercising it, the legislature must comply with the overall purpose of the presidential election system and the historical understandings surrounding it. For example, the Founders, including those who approved the 12th Amendment, designed the system to serve multiple interests, not merely candidate popularity. And they conceived of an elector as a person who acted on behalf of the people of his state—much like a legislator, but with more limited functions.

In deciding how electors are appointed, state lawmakers may choose among a range of procedures. But they have a constitutional duty to choose a method consistent with the electoral system’s purpose and design. Attempting to convert electors into agents of other states—like selling them to the highest bidder—would be an unconstitutional breach of public trust.

This isn't the first time politically motivated actors have sought to undermine the Constitution -- not by a long shot. Unfortunately, they've been successful over the last 100 years, and the Constitution's original meaning and purpose has fallen by the wayside. That's why a Convention of States is so necessary. A Convention can propose constitutional amendments that limit the power of the federal government and restore the Founders' original vision. Sign the Petition below to show your support!