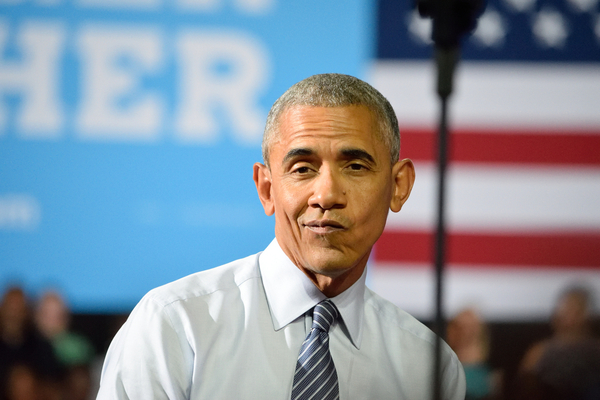 The Affordable Care Act (ACA), better known as Obamacare, is one of the most controversial political measures in recent American history. Passed by Democrats in Congress and signed into law by Democratic President Barack Obama, the act has been heavily criticized by conservatives who argue it is unconstitutional.

More than ten years after it was officially enacted on March 23, 2010, the merits of Obamacare are still debated, its effects deeply unpopular. Polling from March 2022 reveals that while a slight majority of Americans hold favorable views on the ACA, public opinion is generally divided.

Setting aside public opinion, however, it is explicitly clear that the ACA is unconstitutional, at least in part, and Congress “exceeded the bounds of its authority in passing the Act,” specifically in passing the individual mandate.

But now, Joe Biden, arguably one of the most unconstitutional presidents in our history, is seeking to expand Obamacare - and he’s doing it illegally.

For years, particular controversy has surrounded the ACA’s so-called “family glitch,” an apparent shortcoming in the Act’s design. The defect impacts “low to moderate income families” who can not access premium assistance and ultimately end up purchasing coverage that is “unaffordable.” Although Congress has repeatedly attempted to correct the “glitch,” its efforts have always failed.

Former White House and Senate policy adviser, Doug Badger, explained that some of the reasons for Congress not following through on fixing the “family glitch” include the fact that to do so would be expensive (previous proposals would have added an estimated $45 billion to the federal deficit over ten years) and that it would incentivize “companies to contribute less to dependent coverage.”

Nevertheless, since Congress failed to do what Biden wants (effectively expand the Affordable Care Act to cover more Americans), he is now working in cahoots with the IRS to amend Obamacare in ways that only Congress is allowed to.

The Internal Revenue Service has made an unlawful proposal to make these changes - a proposal that Biden, alongside former President Obama, announced. That the IRS would cooperate in such a partisan effort is alarming. As Badger rightfully pointed out, “Bowing to political pressure would expose the IRS to more of it from this and future administrations, and risk undermining the public’s trust in its fairness and impartiality.”

The federal government seems to have no regard for rules or Constitutional law whatsoever. Passing the Affordable Care Act was politically damaging enough. Ten years later, it’s only getting worse.

The Biden administration has proven it is more interested in pursuing its own agenda than following the supreme law of the land. We must call a Convention of States if we want our federal officials to follow the Constitution again. Sign the COS petition and take action now!