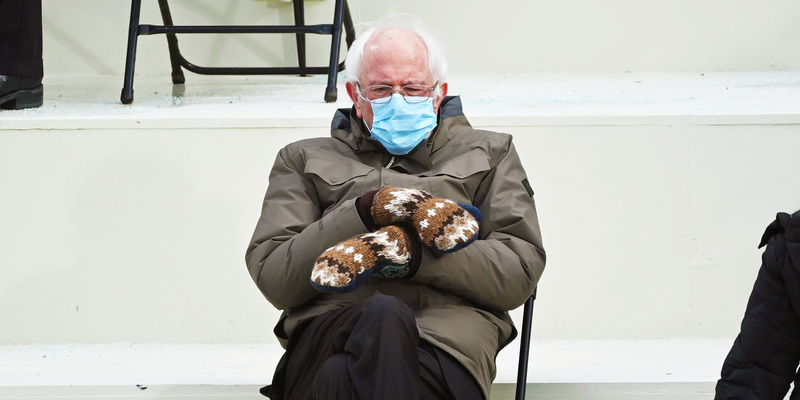 The following was written by Convention of States Action President Mark Meckler and originally published on Newsmax.

Has anyone checked on Bernie Sanders lately?

After leading the news for months, the old socialist has disappeared. He gets his obligatory CNN appearance now and again, but he’s gone Zero-Dark-Sanders ever since he and his mittens hijacked Joe Biden’s poorly attended inauguration.

There are two ways to interpret Sanders’ relative silence.

The Democrats and the media want you to believe that Joe Biden’s more moderate, reasonable agenda eclipsed Sanders’ radical leftism.

When Biden was asked last September about his leftward tendencies, he claimed he prevailed in the Democrat primary because voters chose his supposedly moderate policies.

After the Democratic establishment jobbed Sanders out of the nomination two cycles in a row, the Vermont senator, we’re told, has had enough. He’s content to rant on Twitter about “corporate greed” and begin his long, slow descent into obscurity.

In fact, he’s having a great first 100 days in office, courtesy of our definitely-not-socialist president, Joe Biden.

Here’s a quick rundown of all the ways the Biden administration has worked to implement Sanders’ socialist agenda.

As part of his COVID-19 response plan, Sanders wanted to “guarantee paid medical and sick leave to all workers” and hazard pay to frontline workers. Biden’s 1.9 trillion COVID bill expanded “paid sick and family and medical leave” and called on employers to provide hazard pay.

Sanders proposed expanding federal assistance programs like SNAP and WIC to “make sure no one goes hungry.” Biden did one better by sending many low-income parents a weekly $300 check. He wanted $600 billion to bail out state and local governments. Biden’s COVID bill sent $350 billion to those governments even if they did a terrible job handling the pandemic.