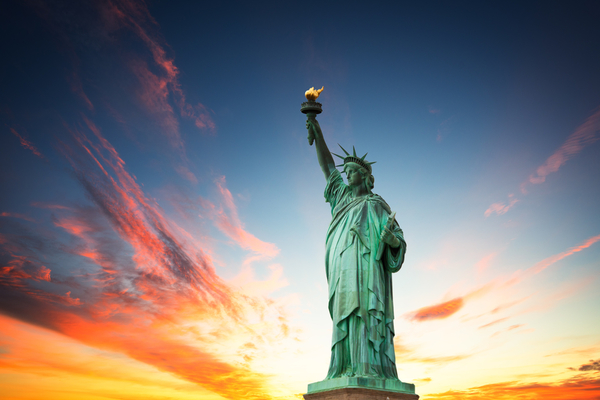 Giving Tuesday started as a simple idea: after the rush and frenzy of Black Friday, it's good to slow down and contribute something to make the world a better place.

The world feels especially unstable these days. The COVID-19 pandemic and social unrest have upset the daily lives of Americans around the country.

To make matters worse, many Americans are worried about the historically contentious presidential election. The integrity of the voting system is at stake, and some worry about what a Biden administration will do to our country. He's promised a flurry of executive orders that will increase executive power and change the country for the next four years -- if not longer.

If you're wondering what you can do to help push back against overreach by the federal government, we have a suggestion: this Giving Tuesday on December 1, consider supporting the only nationwide grassroots movement capable of limiting the power, scope, and jurisdiction of Washington, D.C.

A Convention of States is called and controlled by the states and has the power to propose constitutional amendments. These amendments can do three things:

We have active teams of patriots in all 50 states, and they're dedicated to ensuring that their state calls for an Article V Convention of States. Fifteen states have already done so, but we want to empower all 50 to join the Article V movement.

In order to do that, we need your help. This Giving Tuesday, will you consider contributing $5, $10, or $20 to Convention of States Action and the Article V cause? Your generous donation will go directly towards our efforts around the country to secure freedom for future generations.

Our children and grandchildren are relying on us to use the tool the Founders gave us to put the feds back in their constitutional box. There are many worthy causes you can support this Giving Tuesday, but freedom and limited government should make the top of any patriot's list.