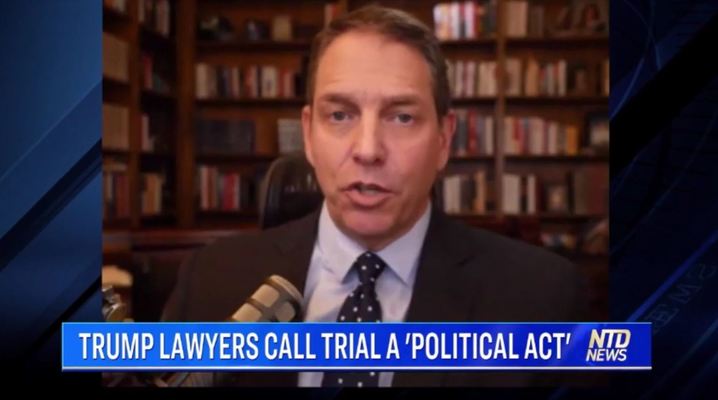 Washington is obsessed with partisan politics, and nothing has shown that more clearly than President Trump's impeachment trial.

Even though the Democrats know they don't have enough votes to convict the former president, they're still moving ahead with their PR stunt in a transparent effort to lambast Republicans and hold them accountable for the riots at the Capitol.

And even if they did have the votes, they wouldn't have a strong legal case. As Convention of States Action President Mark Meckler explained recently, President Trump's tweets do not meet the legal standard for incitement, which requires an immediate connection between the speech and the act.

"We have very expansive free speech rights protected by the First Amendment," Mark said. "If the president's language is incitement, than almost every major elected Democrat in the U.S. Congress was much closer to inciting violence. They were telling us that when cities were burning... we need to make room for people who want to destroy things."

We can't trust a Congress like this to respect our liberties as Americans or solve our nation's problems. We need to empower the states and the people to do that, and the best way to change the balance of power in our country is with an Article V Convention of States.

A Convention of States is called under Article V of the Constitution and has the power to propose constitutional amendments. These amendments can limit the power, scope, and jurisdiction of the federal government, impose term limits on federal officials, and mandate fiscally responsible policies.

With this complete package of amendments in place, Congress will no longer have the authority to legislative on every area of American life. They won't have the money to control state policies using "federal mandates," and they won't have the time in D.C. to form impenetrable alliances with big-money lobbyists.

If we want to preserve liberty for future generations and save our children and grandchildren from a corrupt Congress, we can. We just have to use the power granted to us under Article V, and call the first-ever Convention of States.