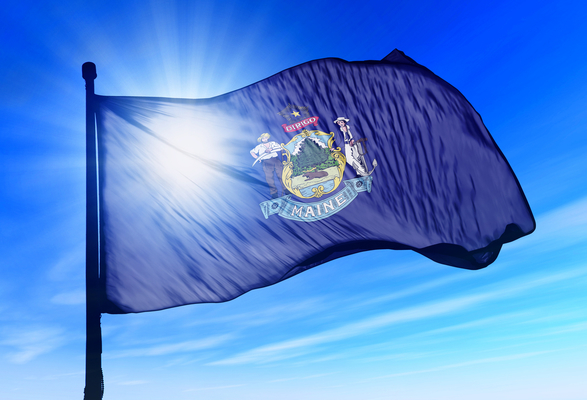 His trip was remarkably successful.

Ken and his wife Shelly headed up to Bangor, Maine, early Friday morning. They were joined by District Captain Margery Ripley, who helped them hand out flyers to the delegates as they entered the Cross Center for the two day convention. The flyers explained the purpose of a Convention of States as well as the amendment that was being proposed to the 2016 Maine Republican Platform, which read:

"I'm also very appreciate of the volunteers who took time out of their busy lives to visit the state capitol and speak with legislators. Those conversations have been invaluable to the effort in Maine and will continue to help us earn the ultimate victory at the capitol."

“This vote not only allowed us to educate a few more people on Article V, but also moved the ball down the filed bringing us closer to the goal line,” Quinn said.

Last year the Convention of States application -- H.P.804 -- received a favorable vote of 19-16 but did not attain the two-thirds needed to pass. "Having the endorsement of the Maine Republican Party is going to help us to gain the support we need to hopefully pass our application in 2017,” Quinn concluded.

Want your state to follow Maine's lead? Signing the Convention of States petition is a great place to start.