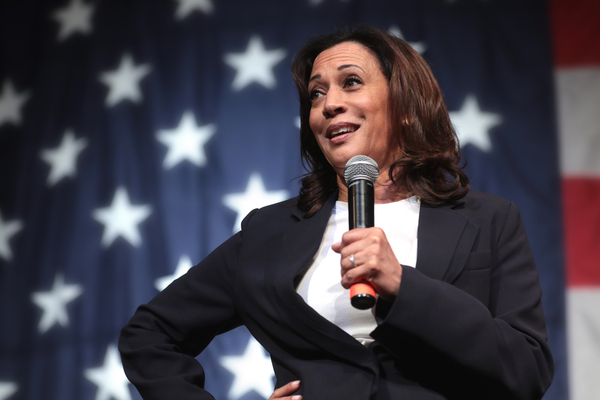 Kamala Harris' short tenure as Vice President has been a disaster, and the American people are taking notice.

According to a new poll from Convention of States Action and the Trafalgar group, a full 64% of Americans (including 43% of Democrats!) believe that Harris isn't fit to work in the Oval Office.

Not surprisingly, 84% of Republicans hold this view, but those with no party affiliation align with the rest of the country: 62% of Independent voters are not confident Harris is ready to be president based on her performance so far.

As Convention of States Action President Mark Meckler said, this poll proves that the federal government has never been more out of touch with the American people than it is today.

“Our last poll found that most Americans don’t believe Joe Biden is actually running the country, and today we’re learning voters think Kamala Harris’ tenure as Vice President has been a disaster, and she’s absolutely not ready to step in and take his place. Washington DC has never been more radically out of step with the will of the American people than right now, ” said Meckler.

“Our message to America is this: Washington doesn’t care what you think. Get the attention of those who do. Make sure your governor, state representative, and local elected officials know where you stand. They can actually deliver for you, and will pay attention to your priorities.”

If We the People want to get our country back on track, we must stop looking to Washington for answers. Instead, we must use the tool the Founders gave us to rein in the federal government and decentralize power into all 50 states: an Article V Convention of States.

A Convention of States can propose constitutional amendments that limit the power, scope, and jurisdiction of the federal government. These amendments can restrict the kinds of things Congress can control, eliminate or shrink many federal agencies, and end executive overreach by, among other things, banning executive orders.

The White House has proven itself to be both incompetent and corrupt. It's time to put the people and the states back in charge, and the best way to do that is by asserting our power under the Constitution and calling a Convention of States.