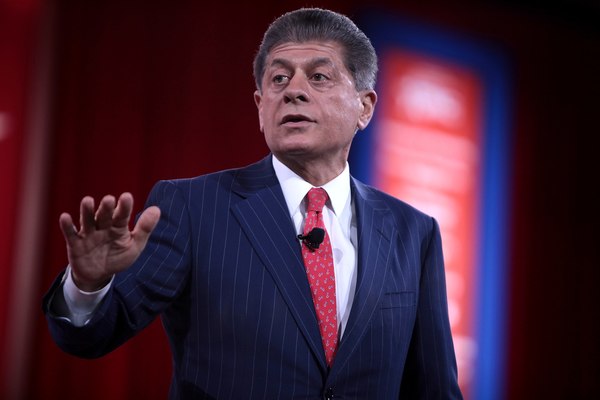 Judge Andrew Napolitano says, “For generations, long before the Convention of States Project, I have joined many of my ideological and political friends in recognizing the need to call an Article V Convention. American history and human nature teach that Washington, D.C., will never actually restrain itself and restore the foundations of personal liberty that the Constitution purports to guarantee. Yet, to build out the infrastructure, the organization, and the grassroots army to get it done is a huge undertaking. Today, the Convention of States Project is doing just that, and I’m proud to join with my friends Sen. Tom Coburn and Mark Meckler by endorsing what they are doing. When the actual Convention is called to order -- and it will be -- I’d consider it an honor and privilege to perform some of the heavy lifting; which is to draft and disseminate proposed constitutional amendments to the states that, in Jefferson's words, will chain down the federal government to the confines of the Constitution.”

“For two decades, Judge Napolitano has been a public champion for the Constitution and the principles of American jurisprudence through television, radio and his books.” says Mark Meckler, President of Convention of States Action.

“He is a staunch defender of personal liberty and rights of the individual, which makes his endorsement perfectly aligned with millions of COS supporters seeking to take their sovereign power back from the federal government.”

Judge Andrew Napolitano is a graduate of Princeton University and the University of Notre Dame Law School. He is the youngest life-tenured Superior Court judge in the history of the state of New Jersey. While on the bench from 1987 – 1995, he presided over more than 150 jury trials and thousands of motions, sentencings, and hearings.

Judge Napolitano taught constitutional law and jurisprudence at Delaware Law School for two years and at Seton Hall Law School for 11 years. He has been a Fox News Senior Judicial Analyst since 1998 and continues to lecture nationally on the U.S. Constitution, the rule of law, civil liberties in wartime, and human freedom.

The COS resolution calls for fiscal restraint, limiting the size, scope and jurisdiction of the federal government and term limits on federal officials, including judges.