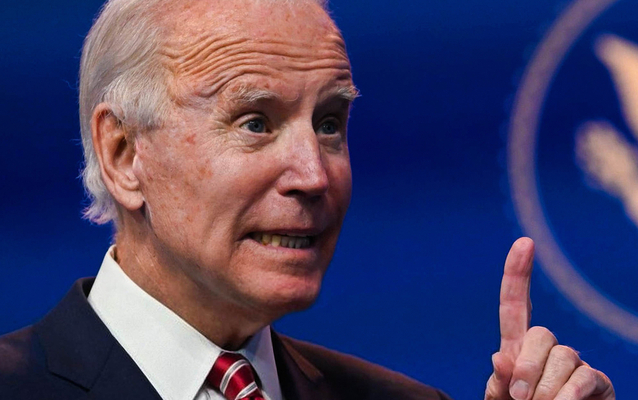 The federal government has become infected with a radical ideology that seeks to tear down our nation, eradicate our history, and weaken our presence on the world stage.

Those who espouse this view believe our nation is terrible and broken. They believe we should be ashamed of our country's history, and that an all-powerful federal government should remake our country in the name of "justice" and "equity."

Most terrifying of all, this radicalism has infected our highest levels of government.

If you think that's hyperbole, consider this: Joe Biden, the President of the United States, ignored D-Day on June 6. Instead, he posted about a 1921 massacre of African-Americans in Tulsa, Oklahoma.

For most Americans and most presidents, June 6 is a day to remember when Allied forces stormed the beaches of Normandy to re-take Europe from the evil Nazi regime. It's a day to honor the bravery of the men who took the beach in the face of devastating enemy fire, and remember those who gave their lives for the cause of freedom.

But Joe Biden seems to have forgotten. Both on his personal and presidential Twitter pages, he didn't post anything about D-Day. Instead, he posted a video about the Tulsa massacre.

"I met with survivors of the Tulsa Massacre this week to help fill the silence. Because in silence, wounds deepen. And, as painful as it is, only in remembrance do wounds heal," he said.

I met with survivors of the Tulsa Massacre this week to help fill the silence. Because in silence, wounds deepen. And, as painful as it is, only in remembrance do wounds heal. pic.twitter.com/0mLMRAhJiD

Even after receiving media criticism, Biden still hasn't said a word about the thousands of brave soldiers who gave their lives for our country and our freedom 77 years ago.

The massacre in Tulsa is a terrible moment we should no doubt remember, and we should seek to ensure a similar tragedy never happens again. But the Tulsa massacre took place May 31 to June 1. Why didn't President Biden post about that massacre on those days and choose to commemorate D-Day on June 6?

The answer is simple: because he's been infected with the radical leftist ideology just as thoroughly as the rest of the federal government. Rather than celebrate the victory of D-Day and look to the future, he wants to liken our country today to the Tulsa massacre and use that as an excuse to remake our nation.

We must fight this ideology at every turn, but we must also work to strip the federal government of its power. If we don't, presidents like Biden will continue to erase our history and impinge upon our freedoms. We can elected more liberty-minded politicians, but at the end of the day, we need a solution as big as the problem of the federal government.

Article V of the Constitution gives us that solution. Article V allows the states to call a Convention of States to propose constitutional amendments. These amendments can limit the power, scope, and jurisdiction of the federal government and eliminate a host of federal programs and agencies. Amendments can impose fiscal restraints on Congress and force them to focus on our taxpayer dollars on only the most pressing issues. And amendments can limit the terms of office for federal officials to ensure career politicians like Biden can't make a 40-year living on the backs of the American people.

We can't continue to allow radicals to control our nation. We must take away their power, and we can do it with an Article V Convention of States.