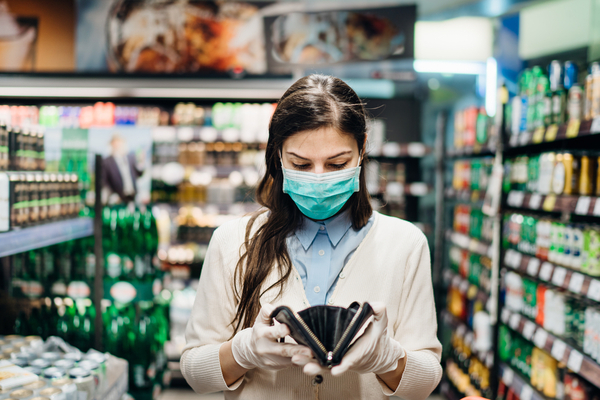 The next time someone tells you we should give government bureaucrats more power, show them this story.

According to a shocking new report from Axios, as much as half of all unemployment benefits doled out during the COVID-19 pandemic were stolen. Of that estimated $400 billion, about 70% likely went to foreign crime syndicates in China, Nigeria, and Russia. The rest was stolen by American gangs.

Federal and state governments knew fraud was inevitable, but decided it would be better to get money to people quickly rather than vetting each and every claim. The result? Criminal enterprises, many of which are backed by foreign enemies, will have funding for years to come--paid for by American taxpayers.

In other words, the feds collected money from Americans across the country, then doled out that money to state agencies even if they were unprepared or unwilling to investigate fraudulent claims. So, even if you live in a state that did a good job sending out unemployment money, your money was still wasted because it probably went to another state that didn't do a good job.

This kind of one-size-fits-all system always fails. At best, it wastes the hard-earned dollars of everyday Americans. At worst, it uses that money to fund our enemies and compromise our national security.

Here's an idea: let's allow states to keep their money and fund their own programs. Instead of funneling money through Washington (which the feds use to strong-arm states into implementing federal policies), we should limit the ability of the federal government to tax the American people and leave more money for the states to control.

That way, if a state does a poor job managing its unemployment program, for example, the people in that state can hold them accountable. If they refuse to reform, Americans can vote with their feet and move to a more competent state.

The federal government is too big and incompetent to manage most domestic issues. They should stick to the topics expressly mentioned in the Constitution and leave all other issues to the states. That's the way our country was designed to operate, and that's what we must restore with an Article V Convention of States.

A Convention of States is called and controlled by the states and has the power to propose constitutional amendments. These amendments can limit the power, scope, and jurisdiction of the federal government, including its ability to tax and spend. Without a blank check from the American people, Congress will be forced to manage our money more wisely and provide real oversight into how our money is being spent.

Over five million Americans have joined the Convention of States movement, and 15 states are on board. Sign the petition below to add your name to the list!