The federal government doesn't have many jobs under the Constitution as it was originally written. Protecting our border is certainly one of them.

But this administration isn't doing that simple job, according to a recent poll from Convention of States Action and the Trafalgar Group.

Nearly 75% of Americans (74.9%) say Vice President Kamala Harris has done a "poor" job with the southern border crisis since President Biden put her in charge in March of 2021. 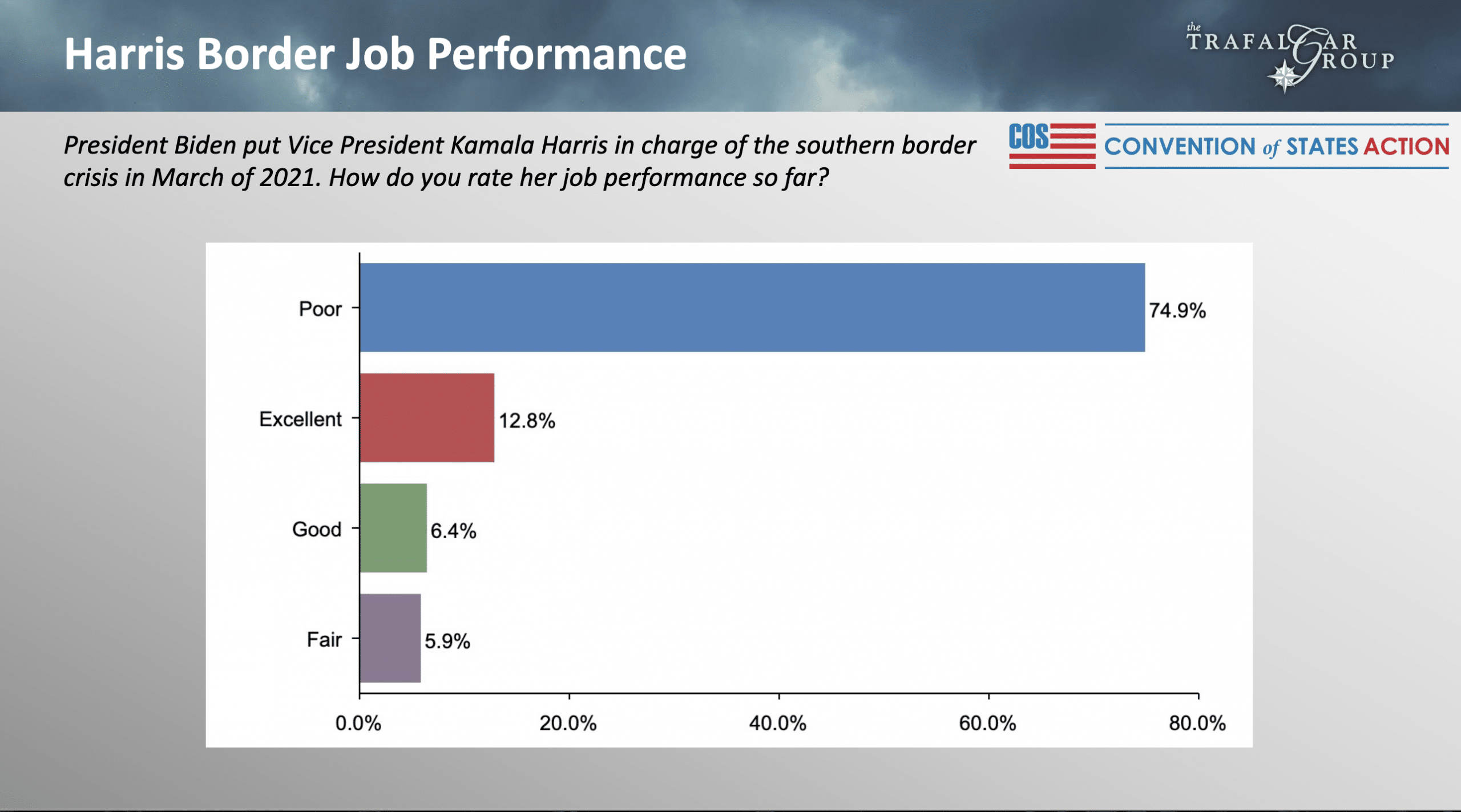 “These numbers signal clearly that the American people see Vice President Harris’ management of the southern border crisis as an unmitigated disaster. The Biden Administration is bungling this crisis beyond what most people could have imagined,” said Mark Meckler, President of Convention of States Action. “Once again, the solution is strong leadership from governors and state legislators who care about their constituents and are not confused as to who is in charge, the people who voted them into office.”

Some state governors are doing exactly that. A group of 10 governors traveled to the border recently to shine a light on the ongoing crisis and demand action from the Biden administration.

"When Joe Biden took office, he immediately stopped construction of the border wall," said the Republican Governors Association. "Since then, there's been a surge of immigrants flooding our southern border. Border apprehensions are up 500%, and Border Patrol facilities are beyond max capacity."

This is a great first step, but we have a longer-term solution. Perhaps politicians like Harris would be more focused on their real job (protecting our borders) if they weren't so distracted by social and domestic issues that can't be found anywhere in the Constitution.

That's what the Convention of States Project is all about. We're seeking to call the first-ever Article V Convention of States to propose constitutional amendments that limit the federal government's jurisdiction to a narrow, limited set of topics. With these amendments in place, federal officials will no longer control education, energy, the economy, and they'll be forced to use their time and resources on the problems the national government is actually supposed to solve.

To join the movement, sign the Convention of States petition below!