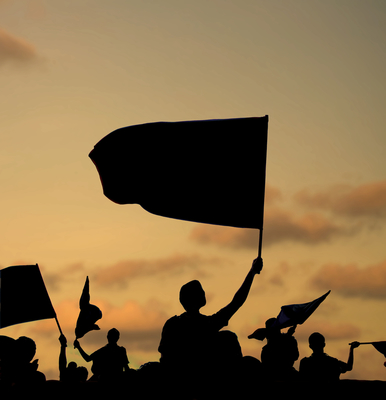 Our supporters and volunteers are making waves all across the country, and media outlets are taking notice. The following is a piece published on CDAPress.com and features a member of the Idaho Convention of States team.

Under Article 5 of the U.S. Constitution, there are two processes to amend the Constitution.

There is a Convention of States project currently underway in an attempt to "return the country to its original vision of a limited federal government that is of, by and for the people."

"This is a silent revolution and it's catching fire like we don't believe," said Robert Andrews, COS project volunteer.

With 34 states needed for a convention, Andrews said eight states have gotten behind the movement, including Alabama, Alaska, Florida, Georgia, Tennessee, Indiana, Oklahoma and Louisiana. Andrews hopes Idaho will help the project move forward, with the concept being to build a network of grassroots

supporters, recruiting people to volunteer and sign the petition to get Idaho state legislators behind the project.

He said the COS project is about coming up with proposals of term limits for Supreme Court Justices, make an amendment to redefine the commerce clause in the Constitution to give power back to the states, and separation of power.

"This whole idea where the administration can overlay rules and regulations freely with their agencies like the FBI, EPA, IRS ... they all generate their own regulations — that's just wrong," Andrews said. "...It's all about government overreach and bringing the power of the purse back to the people."

Michael Farris, co-founder of the COS project, has been on Capitol Hill for more than 30 years and has served as lead counsel in the United States Supreme Court, eight federal circuit courts and the appellate courts of 13 states. Andrews said Farris is also well-known for his legal defense of homeschooling.

Andrews said no matter who is elected as president of the United States, the government is "so broken that no one individual is going to save it." He said Idaho was behind Ted Cruz for president, and when he went to the Cruz rally in Coeur d'Alene, the speech resonated with him.

He said he would rather see the state legislatures "seize the power" the COS would give them to decide what is best for the state.

"Instead of having to follow the rules and mandates that go with federal funding, they basically support their constituencies and do what the people want, and what the people need, because it is different in every state," Andrews said. "This is an opportunity to amend the Constitution and do it in a way that bypasses the federal government completely. The states are the ones that are in charge here, and that's the beauty of it."