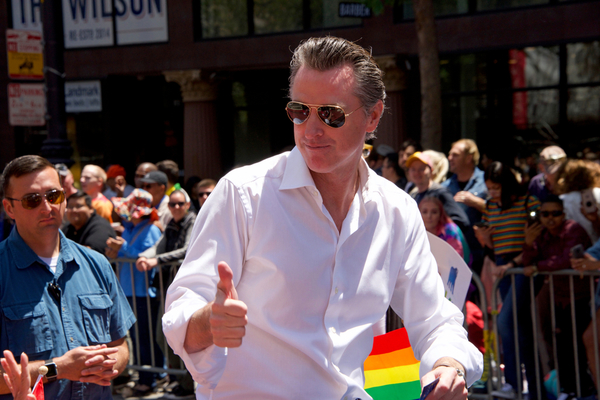 Governor Gavin Newsom and his army of bureaucrats believe they know how you should celebrate Thanksgiving.

The California governor released a list of rules last week dictating how people should spend the holiday while staying "safe" from COVID-19.

Here are some mandatory highlights:

And here are some recommendations and concessions:

If the governor believes anyone is actually going to follow these rules, we have a bridge in Brooklyn we'd like to sell him.

But the attitude behind these rules is more concerning than the rules themselves. The bureaucrats who developed these rules and the politicians promoting them believe they know best. They don't trust the American people to take their own common-sense safety precautions, and they believe they have the power to dictate minute decisions like handwashing and food preparation.

Unfortunately, this kind of attitude is pervasive among the "elites" at all levels of government. And it's most troubling in D.C. Federal bureaucrats believe they know what's best, and they're only held back by the portions of the Constitution that haven't been eviscerated by the Supreme Court. If we want to keep these kinds of rules from being implemented across our entire country, we need to shore up the protections the Constitution provides.

Only a constitutional amendments can reverse bad Supreme Court decisions, and Article V gives the people and the states a way to propose those amendments. At an Article V Convention of States, the states can propose amendments that limit the power, scope, and jurisdiction of the federal government -- including federal agencies and bureaucracies.

These amendments can make clear that only the people's elected representatives can make laws. Only Congress has legislative power, and they can't delegate their responsibility to non-elected bureaucrats.

Millions of Americans have signed the Convention of States Petition, and 15 of the necessary 34 states have called for a Convention. To add your name to the list, sign the petition below!