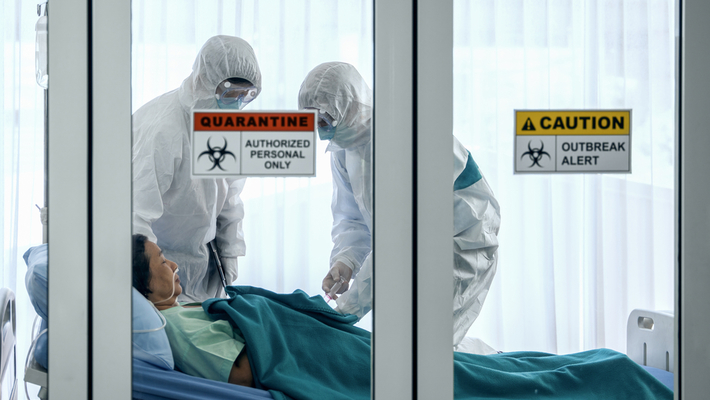 Red tape comes with real consequences. In the case of the coronavirus outbreak, those consequences may be lost lives and lost livelihoods.

As Jeffery A. Singer explained for the CATO Institute, the top-down regulatory state kept COVID-19 test kits out of the hands of medical professionals at a crucial time in the virus's spread. If these kits had been available -- as they were in other countries -- we may have been able to stop the spread of the disease before it grew out of control.

...the Food and Drug Administration’s cumbersome regulatory process resulted in a single, government‐​monopoly coronavirus test, made available in limited supply, by the Centers for Disease Control and Prevention.

This process kept the private sector and foreign‐​developed tests out of the process during the crucial weeks between when the first virus was identified in December and when it started spreading throughout the U.S. Meanwhile, when the tests were initially rolled out, they were found to be defective, forcing the CDC to play catch up getting new, corrected tests out to the public.

All of this was happening while other countries were already relying on tests developed by numerous private sector companies and organizations, operating under more liberal regulatory regimes.

The World Health Organization distributed a test developed by a Berlin biotech firm to 57 countries and China had five commercial tests on the market in January. South Korea enacted a reform after suffering a devastating attack of Middle East Respiratory Syndrome (MERS) in 2015 that grants nearly immediate approval of testing systems in the event of an emergency.

While the rest of the world sought to benefit from and enable private sector initiatives, the U.S. embraced a top‐​down command‐​and‐​control approach to the present biomedical challenge, replete with red tape and poor communication with local public health officials. This is not only tragic and unacceptable. It’s embarrassing.

Singer recommends regulatory reform that would streamline the testing approval process in times of crisis and give anyone the right to be tested.

These reforms are necessary, but there's a deeper problem. For the last 100 years, our country has slid ever faster towards centralized government. Today, Washington controls how states spend their budgets, how schools discipline their students, and how families choose their healthcare. We can't fix the top-down bureaucratic state with half-measures. We need structural reform, and the only way to get it is with a Convention of States.

A Convention of States is called and controlled by the states and has the power to propose constitutional amendments. These amendments, once ratified by 38 states after the convention, can limit the power and jurisdiction of the federal government and return that power where it belongs -- with the states and the people.

In a time of crisis, our country must rely on what has made our nation great: self-governance, federalism, free markets, and American ingenuity. If Washington had allowed the American people to exercise this ingenuity from the beginning, we may not be facing our current crisis.