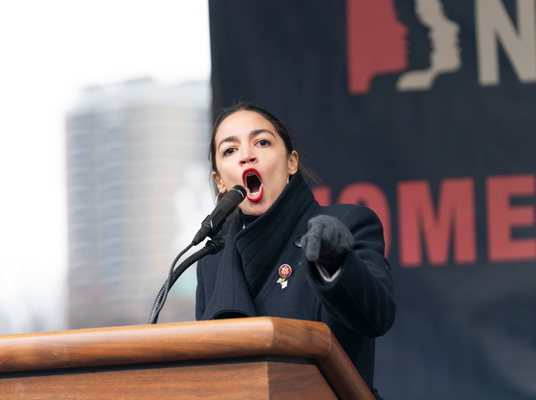 Today's socialists try to distance themselves from the socialist and communist dictators of the past, but a close look at their statements reveals more similarities than they would have you believe.

Writing for The Daily Signal, Walter E. Williams examined rhetoric from Vladimir Lenin, Joseph Stalin, Fidel Castro, and Hugo Chavez, and he discovered a shocking resemblance between their language and that of today's U.S. socialists.

Let’s look at the kind of statements they used to gain power. You’ll note that all of their slogans before gaining power bore little relation to the facts after they had power.

Vladimir Lenin promised, “Under socialism all will govern in turn and will soon become accustomed to no one governing.” That’s Friedrich Engel’s prediction about “the withering away of the state.”

Lenin also promised, “Communism is Soviet power plus electrification,” and “No amount of political freedom will satisfy the hungry masses.”

Lenin’s successor, Josef Stalin, said, “Advance towards socialism cannot but cause the exploiting elements to resist the advance, and the resistance of the exploiters cannot but lead to the inevitable sharpening of the class struggle.” He also said, “Gaiety is the most outstanding feature of the Soviet Union,” and that “Gratitude is a sickness suffered by dogs.”

Then there’s China’s Chairman Mao Zedong, who said: “Socialism must be developed in China, and the route toward such an end is a democratic revolution, which will enable socialist and communist consolidation over a length of time. It is also important to unite with the middle peasants, and educate them on the failings of capitalism.”

Mao advised: “A communist must be selfless, with the interests of the masses at heart. He must also possess a largeness of mind, as well as a practical, far-sighted mindset.”

Cuban dictator Fidel Castro said: “Capitalism has neither the capacity, nor the morality, nor the ethics to solve the problems of poverty. We must establish a new world order based on justice, on equity, and on peace.” He added, “I find capitalism repugnant. It is filthy, it is gross, it is alienating … because it causes war, hypocrisy, and competition.”

Venezuelan dictator Hugo Chavez promised: “I am going to do my best to try to create a country in which children are not living in poverty, in which kids can go to college, in which old people have health care. Will I succeed? I can’t guarantee you that, but I can tell you that from a human point of view it is better to show up than to give up.” Adding, “I am convinced that the path to a new, better, and possible world is not capitalism, the path is socialism.”

His successor Nicolas Maduro said: “Fidel Castro represents the dignity of the South American continent against empires. He’s a living legend: an icon of independence and freedom across the continent.”

Sanders’ statements are not that different from those of Lenin, Stalin, Castro, Chavez, and other tyrants.

Sanders says, “Let us wage a moral and political war against the billionaires and corporate leaders, on Wall Street and elsewhere, whose policies and greed are destroying the middle class of America,” and, “We need to change the power structure in America, we need to end the political oligarchy.”

We need a constitutional firewall against socialism. In these trying times, Americans will be more tempted than ever to look to government to meet their every need. Emergency policies are necessary and appropriate, but we have to ensure that those emergency policies don't become permanent.

That's why millions have joined the Convention of States movement. An Article V Convention of States can propose constitutional amendments that limit the power and jurisdiction of the federal government. Once these amendments are ratified by 38 states post-convention, the federal government will be unable to impose the kinds of top-down socialist policies that would bankrupt our country and destroy our right to self-governance.

Join the team in your state by signing the Convention of States Petition below!