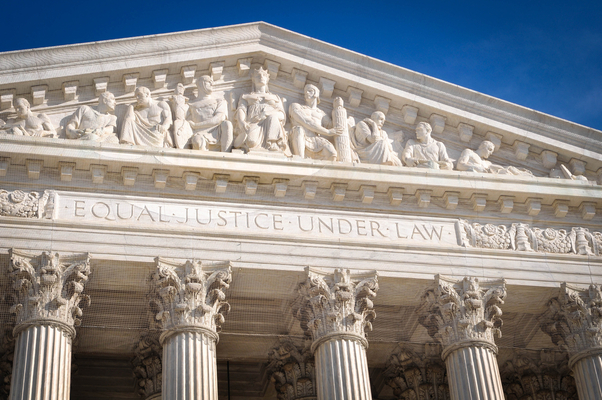 The Supreme Court’s anticipated ruling on Roe v. Wade is setting the stage for a constitutional crisis if pro-abortion Leftists don’t like the decision, and the possible hysteria could be the trigger President Biden needs to justify packing the court with liberal judges.

One of the first things Biden did when he moved into the White House was appoint a bipartisan commission (weighted 3-1 in favor of liberals) to investigate reforms for the Supreme Court.

While the findings of the report showed disagreement over whether adding seats would be wise, it acknowledged Congress does have broad authority to change the court's size.

That authority is a very real and present danger.

Not only do we have a president whose party is in control of Congress, but this president is controlled by the radical Left, which has a very broad agenda to redefine not only our laws and freedoms but our entire culture.

In addition, there’s a steady stream of dark money that can easily influence any politician who wants to keep his or her job.

The fact is, the number of court justices can be instantly changed by legislation. There are only two obstacles: The filibuster and public opinion.

Another "Summer of Love?"

When the Supreme Court releases its decision, the left-wing media will only fuel the emotional fires of the pro-abortionists. We’ve seen this happen before, most recently in the 2021 “summer of love,” which resulted in riots and destruction in cities throughout our country.

As Senator Mike Lee explains in his book, Saving Nine, court-packing “is attacking more than the institution of the Supreme Court. What they (Biden and Democrats) are really attacking is the structure of the Constitution itself, which sets up an enormously complex and balanced system of government.”

This could be a turning point for the Republic

“Everything is at stake,” warns Senator Lee. Other hot-button issues regarding religious freedom, gun ownership, and the proper role of the federal government are all topics covered by the Supreme Court. Some of our most valued liberties could be further eroded if court-packing is allowed.

The only other time in history when the issue of court-packing arose was in the 1930s under President Franklin D. Roosevelt. Like Biden, he was a liberal president who feared that some of his liberal legislative objectives might be declared unconstitutional by the Supreme Court. He knew it was unlikely he’d get the rulings he wanted so he tried to reconfigure the political balance of the Supreme Court.

The only reason court-packing didn’t succeed then is because Roosevelt failed to get it passed by the Senate and public outcry mattered.

Court-packing is a bad idea

Since then, liberals and conservatives have generally agreed on the unwritten rule that the Supreme Court’s nine members are not to be tampered with. Chief Justice Ruth Bader Ginsburg called court-packing “a bad idea.”

Even Senator Biden in 1983 called court-packing a “bonehead idea” and “a terrible, terrible mistake to make.”

The problem with packing the court for political advantage only further erodes the public’s confidence in this last bastion for an independent, non-political branch of the federal government. Aside from the very practical benefit of nine justices serving as a built-in tie-breaker, there is a natural pendulum that keeps the balance of ideology in check. Over time, presidents from both parties make appointments to the Supreme Court which are debated and are either approved or rejected by both parties in Congress.

Our Republic succeeds when balanced

The ebb and flow of Liberal vs Conservative is the crux of what makes our country great. Democracy allows for a natural swing of the pendulum which serves to keep our country from moving too far left or right.

Unfortunately, the radical Left has become so intolerant of any fact, opinion, or tradition that doesn’t fit their agenda, that they resort to censorship, riots, and sheer propaganda. Even the lives of our Supreme Court justices and their families have been threatened after an unprecedented leak that Roe v. Wade was being considered for a reversed ruling.

This is not the kind of country that our Founding Fathers intended. Nor is it acceptable to most Americans, regardless of party affiliation or their views on abortion. Hysteria, misinformation, and violence do not represent American values. However, this is what may come in the days ahead.

Convention of States has the solution

This situation, yet again, underscores the urgency to pass the Convention of States Resolution to help reign in federal overreach. Currently, our Constitution does not state how many justices should serve on the Supreme Court, so career politicians see it as an opportunity to further their political agenda.

Nineteen states have passed the resolution and fifteen more are needed in order to call a convention, where term limits, fiscal restrains and an overall limit to the federal government's power can be considered by the states.

To learn more about Convention of States, click here, write to your congressional representative and sign the COS petition.