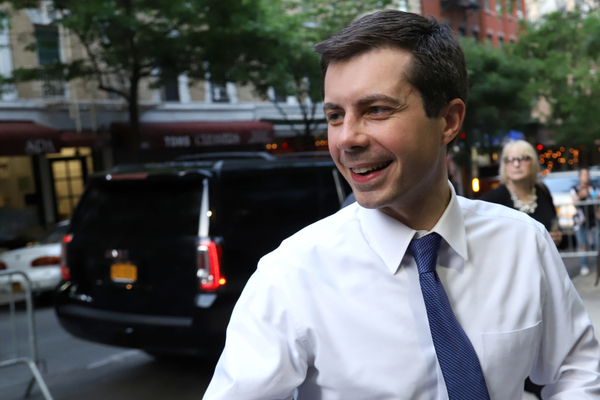 Upset at the perceived conservative bent of the Supreme Court (and no doubt hoping to put a dent in President Donald Trump's legacy), many Democratic candidates have been pushing to expand the number of justices on the Supreme Court.

This strategy, known as "court packing," would allow whoever happens to be president at the time to fill all the new vacancies with their own picks.

As the Pacific Standard noted in June:

...it's easy to see why some of the Democratic presidential candidates are warming to the notion of court packing—that is, adding extra appointments to the Supreme Court to help balance out what could easily be a 6–3 conservative majority by the time the 2020 presidential election has run its course...

"We are on the verge of a crisis of confidence in the Supreme Court," Kamala Harris told Politico in March. "We have to take this challenge head on, and everything is on the table to do that."

That sentiment was echoed by Elizabeth Warren, who has also suggested court packing as a possible solution. "It's not just about expansion, it's about depoliticizing the Supreme Court," she suggested.

Pete Buttigieg, the mayor of South Bend, Indiana, has taken it one step farther, laying out a plan to restructure the Supreme Court, a striking move for a major party candidate. His so-called Balanced Bench plan would expand the Supreme Court to 15 justices. Five of those justices would be "affiliated with" the Republican Party, while another five justices would be affiliated with the Democratic Party. The remaining five justices would be selected and confirmed not by the president and the Senate, but by the unanimous agreement of the other 10 justices on the court. Those wild-card judges would serve non-renewable one-year terms after being chosen two years in advance, to avoid drafting judges for specific cases.

The strategy may not come as a surprise in our hyper-partisan political atmosphere, but it could seriously undermine the integrity of the highest court in the land. If Congress begins to habitually change the court's structure to fulfill their political whims, it will become nothing more than the pawn of whichever party happens to be in charge.

The federal government has done enough to undermine the checks and balances between the three branches of government. We need to preserve and restore the checks our founders put in place, and the only way to do that is via a Convention of States.

Congress can try to pack the court, but if the people and the states propose and ratify a constitutional amendment limiting the court to nine justices, Congress will have to amend the Constitution to achieve their court-packing dreams.

Needless to say, that's not likely.

These amendments can restore our country to the values and principles that have made our nation great: namely, limited government, freedom, and self-governance.

Sign the petition below to add your name to the millions of Americans already on board!