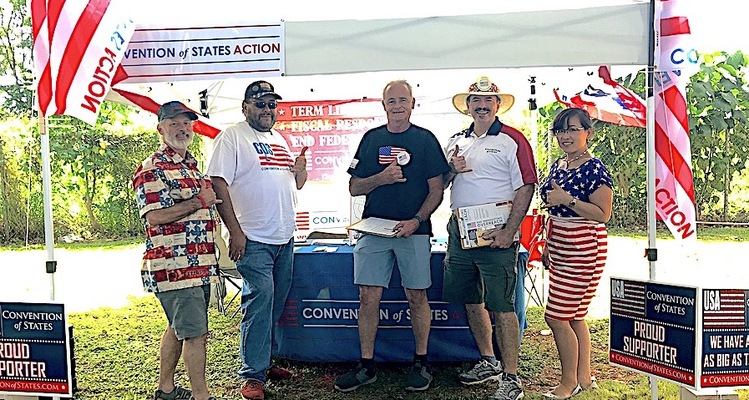 Gun Shows and Shooting Fairs are ready-made audiences for the Convention of States Hawaii team’s message of self-governance.  But what about craft fairs?  What sort of reception could be expected from people shopping for hand-made crafts and gifts in Hawaii?  Our team found out.

On Sunday February 20, 4 COSHI team members put on a Convention of States tent and display table to collect petition signatures.  District Captain Julie Yamato, a classmate of the event organizer, secured an affordable price for the 5 hour event. 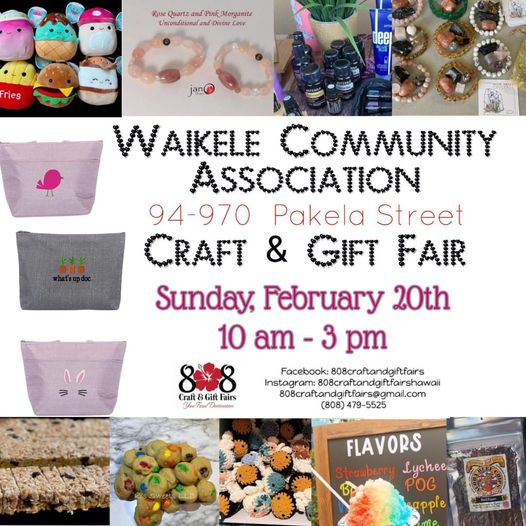 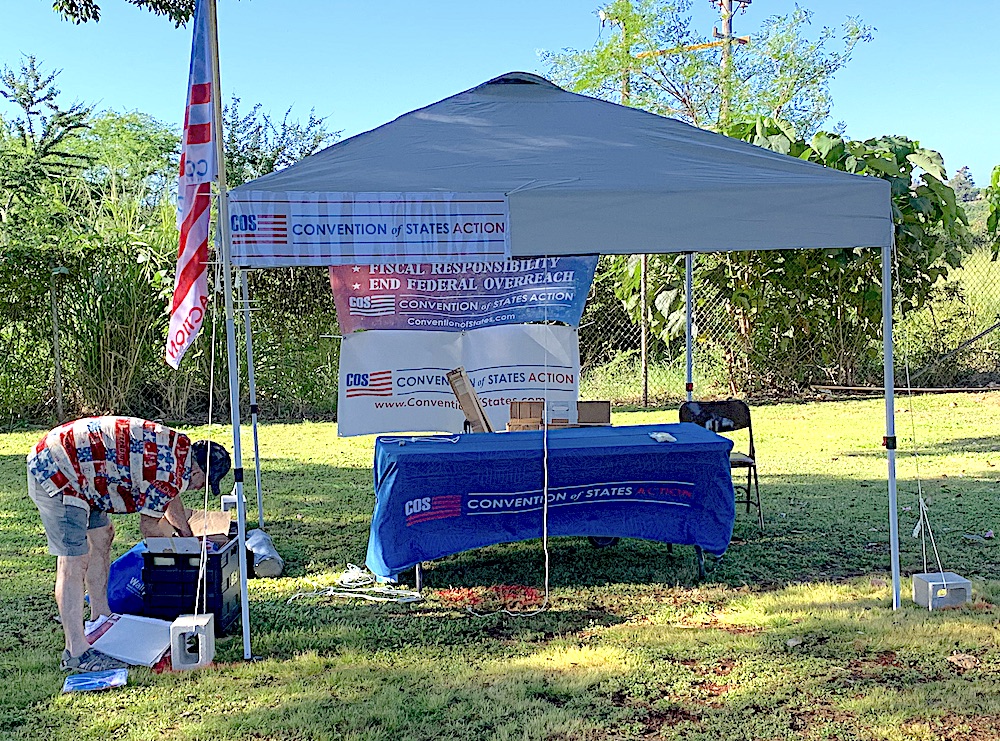 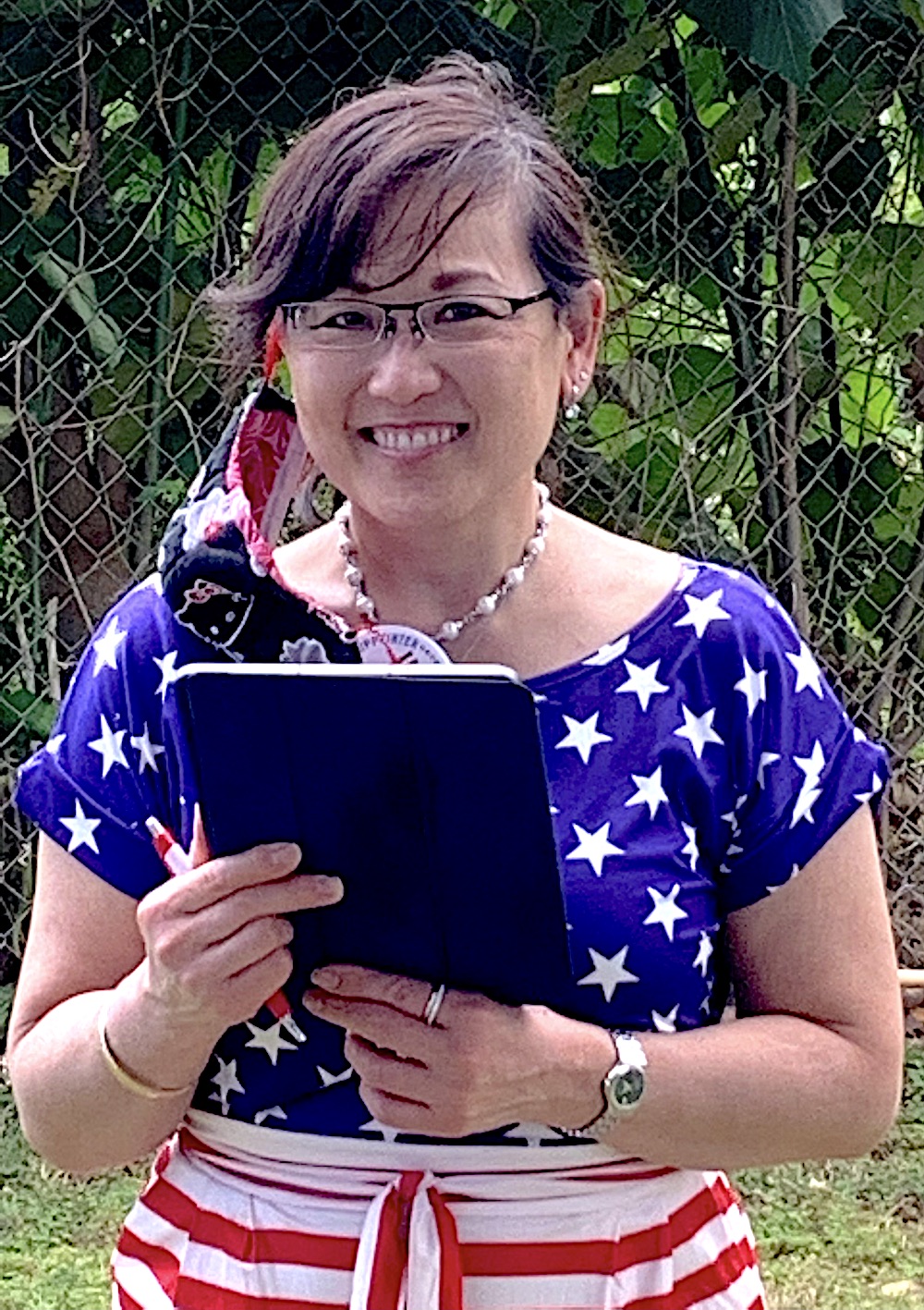 After a slow start, word spread among vendors and customers, and with a popular message of limiting government regulations, petition signatures started coming in. By the end of the day, 24 new signatures joined Hawaii's supporters and even 1 for Tennessee.  This brings the total COS supporters in Hawaii well over 7500! 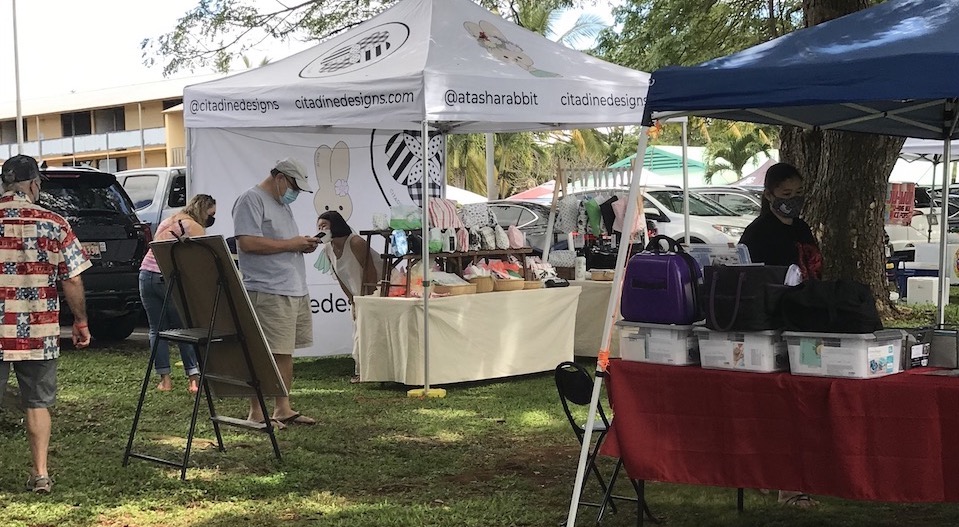 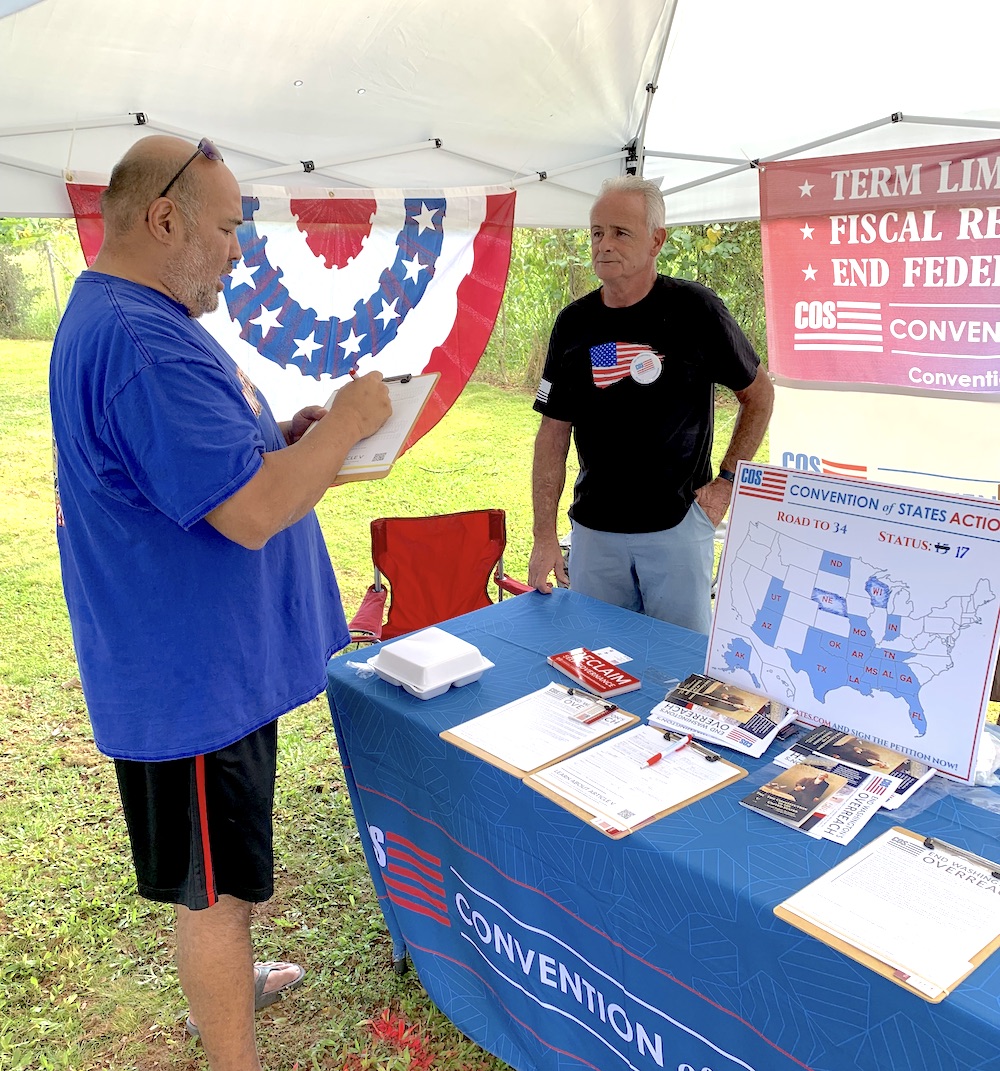 Paul Macri (far left) works to get new petition signers while a fair-goer stops by the booth to talk to Jim Ray (far right) and sign up.
Overall the Waikele Craft and Gift Fair was a great boost for the Hawaii team. While the signatures collected were more than reasonable given the event, the spirit of camaraderie and fellowship spurred the team to excitement for the next big weekend, the Great Guns Show, March 12 and 13. 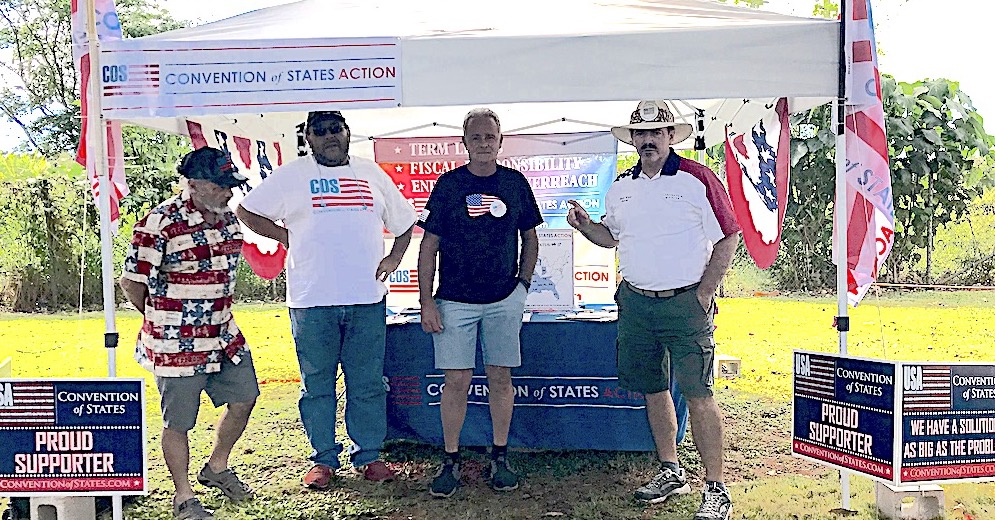 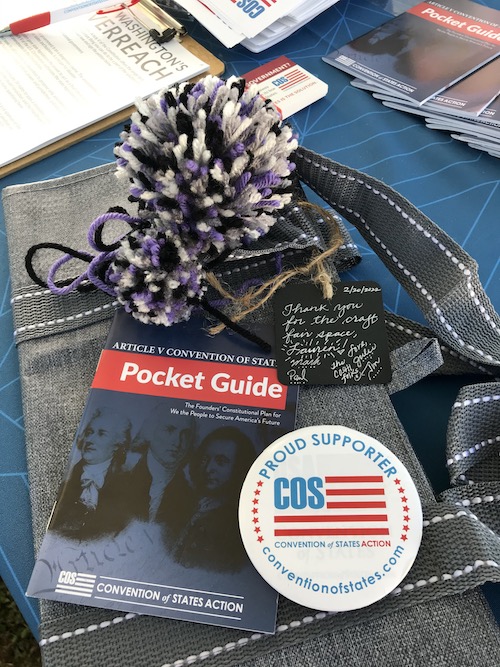 Paul, Brett, Jim and Mark (left) wait for Julie to set up her remote camera.  Julie’s thoughtful gift of a tote bag for the event coordinator Lauren Mori, helped spread the word for COS.
You too can be part of Hawaii Team’s ‘ohana’ by volunteering here!
Click here to get involved!