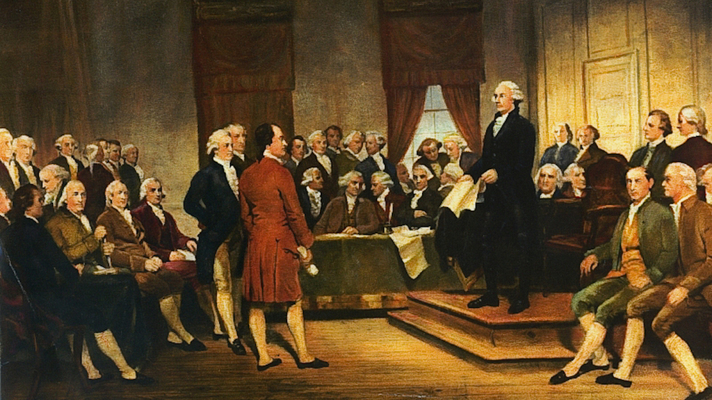 On September 15, 1787, George Mason realized the framers of the U.S. Constitution had made a terrible mistake.

Mason, George Washington, and the rest of the framers had been hard at work for months on what would later become the world's greatest legal document. But Mason stood up to address what he believed was a serious oversight in what they had outlined so far.

Article V of the Constitution, he explained, only allowed the national Congress -- the federal government -- to propose constitutional amendments.

According to James Madison's notes, Mason believed that the people needed a way to propose amendments if Congress were ever to become oppressive.

"No amendment of the proper kind would ever be obtained by the people, if the government should become oppressive, as he verily believed would be the case," Madison says of Mason's comments.

The rest of the Framers agreed with Mason.

They adopted the Convention of States option into Article V of the Constitution on a unanimous vote. They all realized the truth of Mason's argument, and they knew that the people and the states would need a way to propose constitutional amendments.

The Congress, whenever two thirds of both houses shall deem it necessary, shall propose amendments to this Constitution, or, on the application of the legislatures of two thirds of the several states, shall call a convention for proposing amendments, which, in either case, shall be valid to all intents and purposes, as part of this Constitution, when ratified by the legislatures of three fourths of the several states, or by conventions in three fourths thereof...

Today, we find ourselves in exactly the situation that Mason predicted. The federal government has become oppressive. They waste our money, enrich themselves, and control our daily decisions. They impose their will on the citizens of every state and use their massive bureaucracy to write "rules" that have the force of law.

Congress, like Mason said, refuses to propose the constitutional amendments we need. Large majorities of Americans support a term limits amendment and fiscal restraints amendments, but Congress refuses to even consider them.

If George Mason were here today, he'd have just one question, "Why haven't the states called a convention for proposing amendments yet?"

Their voices have propelled 15 states to pass the Convention of States Resolution, and we plan to propose the resolution in dozens of states this year.

Today, we remember the courage of Mason and the foresight of the Framers, and we recommit ourselves to pursuing the tool they left us in Article V to limit federal power, impose fiscal restraints on Congress, and mandate term limits for federal officials.