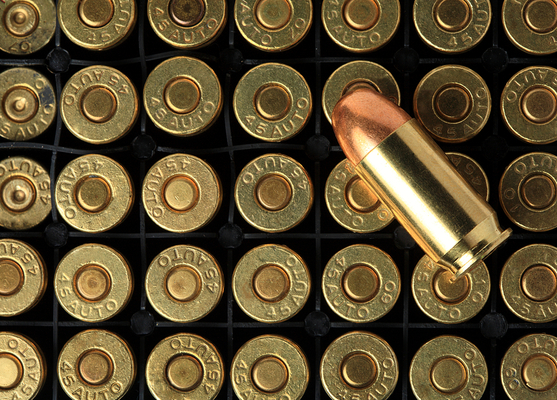 A 21-year-old male suspect is in custody after a shooting took place Monday in a suburb of Chicago, where extensive gun regulations were already in place.

Over 70 rounds were fired from a rooftop into a crowd at a 4th of July parade in Highland Park on Monday, resulting in the death of at least seven and injuring over 40 people.

The Democrat-leaning town of Highland Park is located just 30 miles outside It’s rigid gun control laws include an assault rifle ban, which criminalizes "any weapon that shoots… automatically, more than one shot, without manual reloading, by a single function of the trigger," including automatic rifles and "ghost guns."

The ban has been in place for about a decade, and was even opposed by Justice Clarence Thomas years ago when the Supreme Court declined to hear the case.

"Roughly five million Americans own AR-style semi-automatic rifles," read the 2015 dissent. "The overwhelming majority of citizens who own and use such rifles do so for lawful purposes, including self-defense and target shooting."

Strict gun laws have been implemented around Chicago for many years. Just over the holiday weekend in the city, 10 were killed and at least 62 were injured as a result of many different shootings, proving that maybe gun regulations create the opposite effect than intended.

The consistent, undeniable pattern in nearly every mass shooting in America is that the shooter is a young, adult male with family instabilities, little social life, possibly an avid video-gamer and possibly a poor student. But these mental concerns are always brushed aside.

While the specific details of the shooter remain to be seen, we continue to see the progressive gun-grabbing agenda paralleling these situations.
So while more opportunistic gun control advocates preach to the choir, the reality for those of us who have critical thinking skills is that more regulation will not have the desired outcome – unless that outcome is tyranny.

The Second Amendment remains at risk due to an excessively powerful federal government, but Convention of States can fix that. The elite know it’s our last line of defense against a tyrannical government.

Article V in the Constitution grants us the power to propose amendments to the Constitution that rein in on federal overreach, like term limits, budget requirements and an overall limitation to the swamp's influence on our daily lives.

Let us know you are all for an Article V convention by signing the petition below!