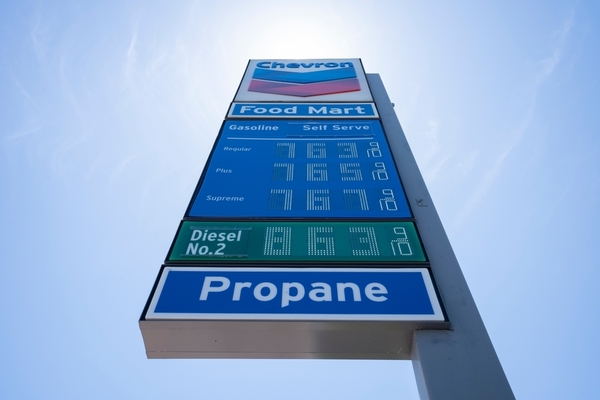 Gas prices hit yet another high Tuesday coming in on average at $4.60 per gallon across the nation. Prices have risen consistently for two weeks straight, an impressively awful look on the entire Washington political landscape.

Washington is messed up in its priorities and it’s clear it’s not a party problem, it’s a career politician and free-for-all spending problem. We all thought gas prices would eventually level off, but after half a year, things have just gotten worse.

Since April 24, gas prices have not fallen one cent. Every day, the price has either stayed flat or risen for an entire month. It’s essentially impossible to find gas anywhere in the U.S. for under $4 now, but you can find it as high at $7 in parts of California.

During President Trump’s last week in office, gas prices stood at a much more desirable price of $2.38, but have since risen over 90% since Biden took over the White House.

And what has been done to counteract the huge increase? Nothing. It just keeps going up. Responsibility and accountability no longer matter in the federal government.

The one thing the government is doing a good job at is diminishing the value of the national debt, which is over $30 trillion. At the same time, they are dragging us all down financially and devaluing every dollar we have worked for and set aside to save.

Gas prices don’t matter when you can write off every plane ticket and Uber ride in and out of DC every weekend.

For now, we’ll have to just keep waiting for prices to level off.

It’s time we make a change, which is why we propose using Article V in the Constitution to get back on track. We can call a Convention of States and bring back the America we used to know and love.

But before we can get to a convention, we need 34 states to agree to meet, and we are over halfway there. Once two-thirds of the states agree to call a convention, each state will send delegates to participate in a historic convention to discuss fiscal responsibility, term limits, and overall weakening of the federal government’s power.

What are they doing now that’s really improving our lives anyways? We might as well give it a shot before it’s too late.

Sign the petition below to show your support for the Convention of States project.