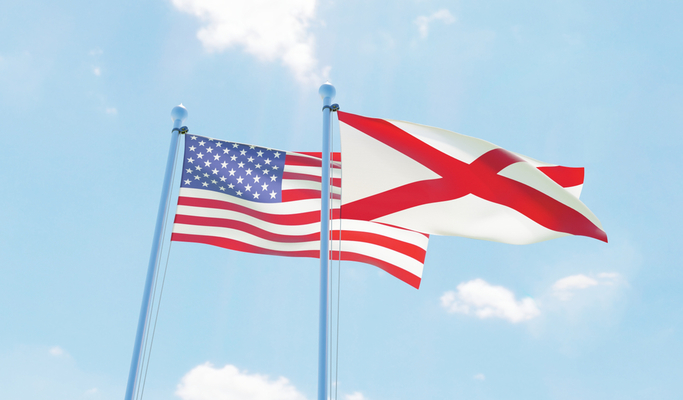 Marching down the National Mall with one million American patriots was an experience that Terry Richmond will never forget.

The 20-year Army vet and long-time Convention of States volunteer recalled how his time in Washington during the 2009 Tea Party marches piqued his interest in conservative political causes and later led him to join the Convention of States Project as Legislative Liaison for Alabama. Terry’s life is a testament to the vitality of the American dream and demonstrates his commitment to preserving it for future generations.

His story begins in the 1940’s on a farm in Indiana, where he learned the value of hard work from his parents and developed a love for the American spirit of ingenuity. His father did not see him until he was 18 months old – he landed at a place called Normandy on D+5 – and after returning home worked at the Indianapolis metro as a ticket taker. He was promoted to the position of chief dispatcher soon after. Terry began work collecting garbage from local businesses for two dollars per day, and, after briefly attending college, he entered the U.S. Army as an enlisted man. He spent 20 years in the Army, eventually becoming a commissioned officer and a Major.

While Terry’s life took many sharp twists and turns from a humble farm boy to a Major in the Army, he could never have imagined what happened next. It all started when a friend called and asked if he wanted to fly to Washington, D.C., and join a fledgling movement called the Tea Party for a million-man march on the capital. Little did he know that what started as a march to protest the overreach of Washington was the beginning of a new life chapter and the start of a new era in American politics.

After spending several years in the Tea Party movement, Terry grew frustrated with the lack of progress. It seemed that no matter how many rallies they held, Washington never listened. Holding signs on street corners was a good way to vent anger, but such tactics proved to have very limited impact on public policy. Terry recognized that while many conservative grassroots movements are well-intentioned, they often lack the power to affect substantive change.

Around the same time, Terry became familiar with the Convention of States Project through his involvement with the Legislative Watchdogs. Terry realized Washington’s increasing power posed an imminent threat to the freedoms of all Americans and that politicians left to their own devices would never strip themselves of power. He was immediately attracted to the organization’s hybrid strategy of grassroots-style campaigning coupled with coalition building in state capitals to call for an Article V Convention.

Excited by the clear plan of action, he immediately volunteered and got to work. In his capacity as the Legislative Liaison for Alabama, Terry played a crucial role in securing passage of the Article V resolution through the state house and senate. Obtaining passage required months of dedication and weeks of lobbying and meeting with legislators.

Terry spent countless hours typing up new informational brochures, handing them out to legislators, organizing events to create awareness and coordinating with house and senate leadership to get the resolution introduced and through the legislature. When the resolution encountered trouble in the senate, Terry worked with bill sponsors and senate leadership to navigate legislative politics and score an eventual victory. The long battle for the convention in Alabama has led Terry to conclude that while grassroots enthusiasm is important, ultimately it is a keen understanding of the rules and how to use them that really counts.

Want to follow Terry's lead? Sign the Convention of States petition to help the movement in your state!