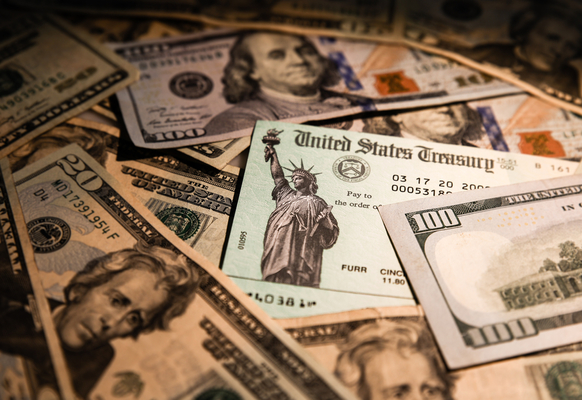 The federal government wasted over $1.4 billion taxpayer dollars by sending one million COVID-19 aid payments to dead people, according to a new report from the Government Accountability Office.

The problem relates partly to the fact that, while the IRS has access to the Social Security Administration’s full set of death records, the Treasury Department and its Bureau of the Fiscal Service — which actually issue the payments — do not, GAO said.

Our country is sinking in $26 trillion of national debt. Our economy is struggling under the weight of tyrannical COVID-19 lockdown orders, and millions of Americans are out of work.

Meanwhile, our federal officials -- bureaucrats and politicians alike -- can't get their act together. They waste our money at an astronomical rate, and they're unconcerned about the fast-approaching fiscal cliff.

To make matters worse, some of them believe they should be given even more power. Socialist politicians like Bernie Sanders and Alexandria Ocasio-Cortez are pushing for total federal control of healthcare, education, and private industry.

The feds can't even figure out how to share simple death records -- how can they possibly administer a nationalized healthcare system or a "Green New Deal"?

They can't, of course, which is why millions of Americans have joined the Convention of States Project to push back against big-government socialism and irresponsible government waste.

A Convention of States is called under Article V of the Constitution and has the power to propose constitutional amendments. These amendments can reduce the power and jurisdiction of the federal government, forever prohibiting the kind of big-government takeover proposed by Sanders and others.

These amendments can also force Congress to be fiscally responsible by requiring a balanced budget while prohibiting them from raising taxes.

If you agree, you can start to join the fight for freedom by signing the Convention of States Petition below!