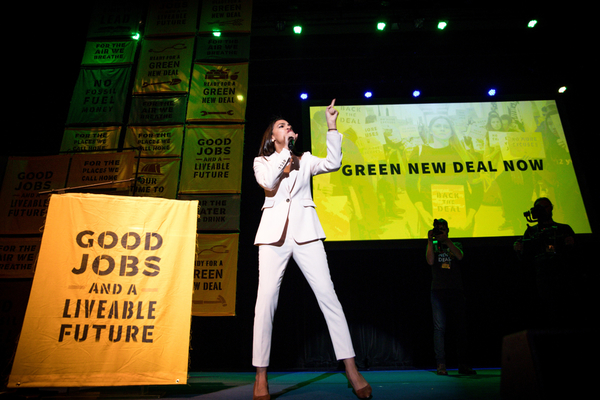 A war is being waged for the future of our constitutional republic.

On one side, American patriots believe that our founding principles of freedom, limited-government, and self-determination are good and worthy of being protected.

On the other side, there are those who believe our country was founded on evil and needs to be torn up from the roots. These people support big-government policies designed to stamp out resistance and build a new and different country.

Convention of States Project co-founder Mike Farris illustrated in a Facebook post how these people seek to destroy our nation.

This morning a large branch was blocking my driveway. There was no storm—no wind, no rain, no lightning.

The branch, about a fourth of a large tree, had given way to a tangle of vines. They curled around in an impenetrable weave that eventually choked off the life of the branch and it simply collapsed.

Our nation is on the verge of the same kind of collapse. There is a philosophy that is threatening our nation with its vine-like entanglements that endangers our economy, our freedom, and our ability to make our own decisions—even within our own families.

It has a variety of names. Cancel culture. Socialism. Intersectionality.

All of them have common elements. Everything traditional about America is wrong and must be supplanted and torn down.

This philosophy owns the education establishment and the mainstream media and, ironically, most major corporations.

These are not vines that mean to help the tree. They view the tree as an enemy to be overtaken.

This is not a conflict over which way we can achieve common goals. This is a battle to determine whether America survives as a constitutional republic.

The Convention of States Project seeks to call an Article V amending convention to propose amendments to the U.S. Constitution. But contrary to the claims of our opponents, these amendments don't aim to re-make our nation into something new.

Instead, our call propose amendments that return our nation to its founding principles.

Some of these amendments will shrink the size and scope of the federal government and return that power to the states and the people. Others will prohibit Congress from spending money it doesn't have, further limiting Washington's ability to control our daily lives. Finally, other amendments will limit the terms of office for federal officials and prohibit them from turning "public service" into a lucrative career.

All of these amendments will return our country to the Founders' vision. They will stop socialism in its tracks, roll back federal bureaucracies, and remind all Americans that our nation's values have created the freest, most prosperous country in history.

To join the 4.5 million Americans who have voiced their support for the Convention of States Project, sign the petition below!