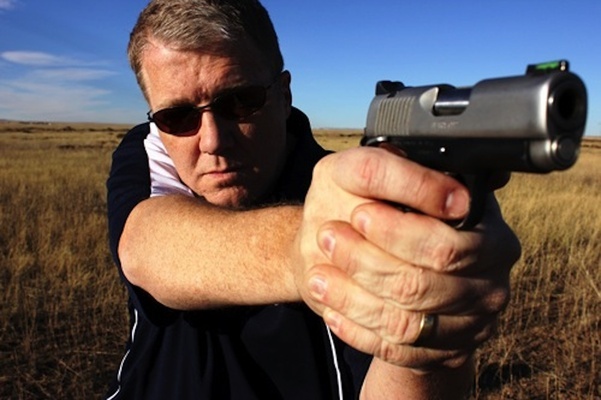 Dudley Brown's personal fund raising group, National Association of Gun Rights (NAGR), sent out a call to action to their email list in Kansas stoking fears related to the Convention of States effort currently before the Kansas House of Representatives.

As I wrote in 2015 about this group, they are unfortunately still at it. Money is good in the fear business, just ask Reverend Al Sharpton. The problem with NAGR is they use leftist talking points, and stoke the fears of gun owners. This time, they actually use comments made by a Kansas Democrat for a reason to defeat using the constitutional provision in Article V that bypasses Congress to propose amendments that would take the money, power, and time in office of federal officials including members of Congress.

That's right, a Democrat did say he was supporting HCR 5027 in the committee hearing held last week. That support does not mean he is trying to help the effort, in fact it is very odd that a group like NAGR uses his support to try and derail the entire effort.

To be clear. HCR 5027 is limited to calling a convention (a meeting) to discuss reforms that take away power from the federal government. The application is clear. To call that meeting, 34 states will have agreed on the purpose of that meeting. At the meeting any proposal outside of the stated agenda for the meeting will be ruled not-germane and dismissed.

Their fear propaganda says using Article V will "gut the 2nd Amendment". Obviously, I just stated that the purpose of the effort is to reduce the power and influence the federal government has over our lives, not to take away personal rights enshrined in our Constitution.

These same alarmists lack the understanding that Article V actually provided an avenue for the 2nd Amendment to be added to the original Constitution. Amendments to the Constitution are some times needed, and I for one believe the 2nd Amendment was an example of that. It is clear in its wording, and need not be altered.

We however should curtail the 16th Amendment which infringes on our 2nd Amendment rights everyday. The federal government has been allowed to tax away our right to bear arms through an unfettered ability to levy taxes on arms. If NAGR was actually serious about protecting the 2nd Amendment, they would join in the effort by the states to call a convention of states to circumvent Congress and take away this taxing authority granted by the Supreme Court and their various decisions on the subject.

To further illustrate the nonsense from NAGR, if you were to believe any of what they say, why would Oklahoma, North Dakota, Alabama, Georgia, Mississippi, Tennessee, Alaska, Arizona, Arkansas, Texas, Florida, Missouri, Indiana, Utah, Louisiana, Wisconsin, and Nebraska's legislatures already endorsed the effort? In a quick review of these states, one will also notice that these very "friendly" on 2nd Amendment rights.

Do not listen to the nonsense of the self promoting fake 2nd Amendment groups. Tell your state representative to get on board right now with Convention of States by following this link.