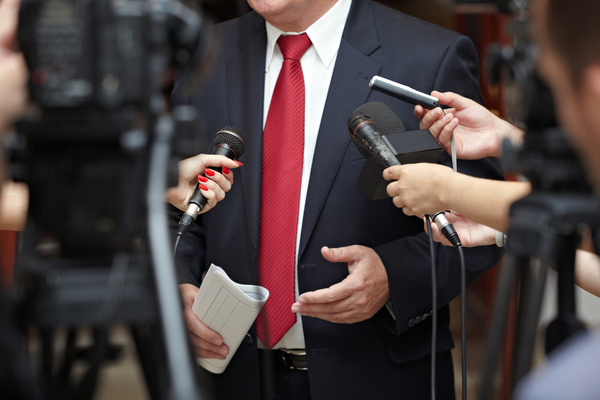 The following was written by Convention of States supporter Tim Bieligk.

“Blessed is he who expects nothing, for he shall never be disappointed.”

The adage is comfort food to those of us who recognize that the federal government neither can, nor should, solve our daily problems. Then again, such words are a right-cross to the jaw for those of us – the gullible ones – expecting various congressional candidates to share our convictions on behalf of, say, constitutional integrity, free enterprise, liberty and personal responsibility.

Each election cycle, we knock doors for these candidates. We wave signs for them – place calls, write checks, what have you – all because they assure us that they, too, believe in a “limited government”. Then, invariably, sometime during the non-campaigning trough of odd-numbered years, when statecraft and actual governing are supposed to take priority, we activists endure a palm-to-the-forehead, Homer Simpson moment (“doh!”) as we observe just how baldly unlimited this government is.

So it goes that our candidates speak like Barry Goldwater, then govern like Lyndon Johnson. So it goes that, whatever trace of conviction they ever espoused on behalf of curbing federal power, that conviction is surrendered the moment our champions meet the hustlers of Washington, DC.

I refer to the “consulting class,” comprised of P.R. types who murmur sweet nothings into our representatives’ ears. Into these ears go the lure of reelection and the plunk of condescension toward the ma’s and pa’s back home. As a result, lawmakers promise new things – fancy things, glossy things, even “free” things (as if “free” is remotely feasible, or even factual) – as a ticket to another congressional term.

I believe it was the great Margaret Thatcher who once advised, “Before we win elections, we must first win the argument”. This is a truth to which the hustlers are oblivious. That’s because the hustlers get paid to win elections.

Winning the argument requires specifics. To the hustlers, this is problematic, not least because policy particulars get their clients, and them, into trouble. Accordingly, specific legislation is delayed; and any talk of a limited government is forever and always relegated to the vague promise of “next time”.

Come to find out, “next time” is perpetual. That’s because, instead of persuading, engaging and creating (in other words, “leading”) on behalf of what we presume to be our shared, conservative cause, it is convenient to simply wait for another election – yet another election. Except “next time” is what they said the last time, and the time before, and the time before that. They even uttered the phrase back when limited government advocates had a majority in Congress and control over all branches of government (twice this century); yet they did nothing.

Ostensibly, the spiral of hollow promises never ends. And some of us fall into the spiral, especially whenever the monied and most polished of candidates – the ones carefully, coincidentally selected by the hustlers – turn out to be our only hedge against the horrors of general election alternatives.

Mind you, I am happy whenever my Representatives and Senators pursue regulatory relief, tax relief, a devolution of federal authority, and effective boundaries for the twin-tyrannies of judicial and administrative activism. Even so, too many of the policymakers I promote somehow miss the $23 trillion elephant in the room (the one that ain’t exactly eating peanuts).

Has it occurred to these hustled politicians that the limited government they promise on the campaign trail is one that doesn’t spend and borrow beyond its means? Has it occurred to them that, devoid of an effort, or even a gesture, toward a specific reform, “next time” exposes their dishonesty? The promise of “next time,” after all, would be more convincing in the event they would simply draft spending restraint legislation, then vote on it.

Moreover, the promise would seem more genuine if, in the name of clarity, they would dauntlessly undertake to run on their promise as a mandate. They don’t do this, of course, because “next time” is merely a tactic, intended to quiet the restless troops.

Let me be clear: I count among the troops. And, for all my admiration of the President, I find that his assurances about spending restraint following the next election – the same assurances he made prior to the last election – are difficult to trust. Oh, sure, the man has proven adept at following up on his promises (big ones, as a matter of fact). That being said, this, his most important promise, has been decidedly abused.

Last year, he signed a banana republic-style spending omnibus the likes of which President Obama would’ve been proud. On the day of his signature, he promised to the level of a guarantee that he would “never sign a bill like that again.”

Only he did (or, I should say, he agreed to a budget dictating similar, diuretic appropriations). This year’s $322 billion, two-year spending (read: borrowing) increase is worse than the one the year prior. That’s because it piles onto the previous bad agreement; and because the “pile” happens to come about precisely when it is not needed: during a time of economic prosperity.

Tell me: what level of spending must we brace for during a recession? Or, even in the likely event our economy keeps humming, what level of government expansion would befall us should the Democrats retain the House? In other words, what if “next time” isn’t available? The scenario is entirely feasible, especially considering the high number of GOP retirements in Congress and, following 2020, a redistricting process instigated coast-to-coast by Mr. Obama’s self-described “wing man,” Eric Holder.

Whether GOP leaders have a proper plan for governing is not my point. My point is, these leaders would be wise to express confidence in their own presumed, base philosophy by bringing the spending restraint issue to the attention of voters. It almost seems as if our leaders are, what, afraid of the issue? Or, maybe they are, hmm, listening too closely to the DC hustlers (oh, the imagination reels!). Each time they drop that line about “next time,” they come awfully close to presuming the moms and pops in their districts are stupid.

Yes, speaking of stupid: the GOP has a recent record of strategic bone-headedness. The party’s composite congressional campaign from 2018, for example, was disturbingly defensive instead of proactive. This tells us that, devoid of suddenly branding itself as a party of reformers, 2020 may well be a down-ballot disaster. This would especially be true in the event spending restraint, or budget process reform, is put off as an agenda item once again.

The truth is, for congressional elections, national waves occur only when somebody takes to the field playing offense. Free Market Conservatives must therefore define ourselves as that team. All the while, we must be bold enough to purge the would-be Conservative Party – the Republican Party – of “appropriators”.

These are the spenders who promise and spend, spend and promise, not realizing that the phrase they sometimes champion – “limited government” – actually means “STOP THE SPENDING!” These are the reactors – not creators – who resign to the defeatism of lacking votes, today, on the floors of Congress. These are the static thinkers who fail to see that voting today could actually set things up for a successful mandate. These are the milksops who dare not take that thrilling dive into a reform package and a platform for persuasion they can run on.

And these are the lovemakers, whose idea of flirting with opponents (presumably, to make the persuasion task easier) is to accede to the opponents’ spending priorities so long as the opponents accede to theirs. What results is an afterglow of deficit spending, and a total dismissal of future generations, who have no power to bargain.

Many Republican activists are unwitting enablers. They justify particular candidates by embracing campaign talking-points – a hundred-million federal dollars here, a billion there – often in contradiction to their own, limited-government philosophy. To win the election irrespective of “the argument,” they unknowingly, mindlessly feed a kind of universal acceptance that a bigger, more powerful nanny-state is the governing ideal.

This is unfortunate. And this is why those of us who follow principle instead of people must commandeer the Republican Party. We must affirmatively define “limited government” so as to prevent the ineffectiveness of a throwaway cliché. In so doing, we must associate that definition with common-sense notions of spending restraint.

Let us remind ourselves that the United States Constitution is, uniquely, a “limited government” document. Nothing threatens our Constitution, hence our national security, like an ever-expanding super-state run by redistributionists, kindergarten Marxists and fiscal junkies. Unless we start “winning the argument” – and unless we start shouting from the rooftops, “Stop the spending!” – elections will, in due course, cease to matter.

Tim Bieligk is a school accreditation specialist who, beyond his occupation, teaches Creative Policymaking and leads the national, grassroots writing syndicate, Conservative Future.
Click here to get involved!