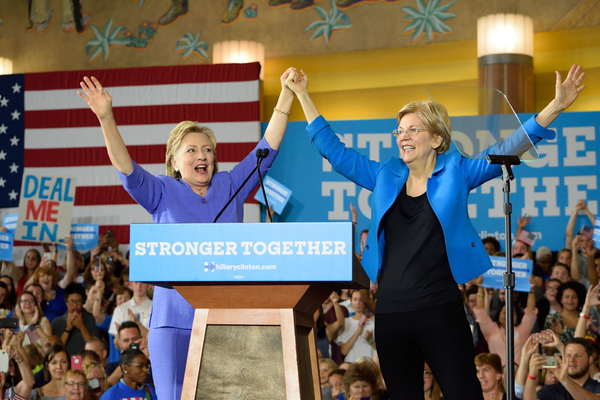 Yes, you read that right.

Even though most Americans feel like they succeed in spite of the federal government, U.S. Senator Elizabeth Warren believes no one succeeds without it.

In an op-ed she published on CNN (where else?), Warren lauds big-government policies supposedly designed to take care of Americans who, according to her, are incapable of taking care of themselves.

Nobody in America succeeds on their own. Government-funded labs are fueling world-changing innovations. Much of American wealth was built through government-sponsored home equity. Strong American businesses are powered by American workers educated in public schools. Their goods are brought to market on roads funded by taxpayers.

Americans, Warren says, "need Washington to make investments that will allow them to succeed."

Hard-working families need a higher minimum wage, strong unions, universal child care, affordable housing and trade deals that invest in American communities instead of shipping good jobs overseas. They need guaranteed health care so that no more families are forced into bankruptcy because of an unexpected medical expense.

Read that again: Americans need Washington to "allow them to succeed."

In Warren's view, hardworking, industrious, intelligent Americans need the approval of the federal government before they can succeed. Without these big-government policies, Americans can't hope to get ahead. Only with a little help from Uncle Sam can non-elites living in average America better themselves and their families.

We know how untrue this is because, every day, we see thousands of Americans across the country fight for the right to govern themselves. The patriots volunteering and supporting the Convention of States Project know that the only thing getting between themselves and success is big-government red tape.

That's why they've joined the only movement that can permanently and effectively limit the power and jurisdiction of the federal government. An Article V Convention of States can propose constitutional amendments that strip the feds of their decision-making authority and return it where it belongs: with the people and the states.