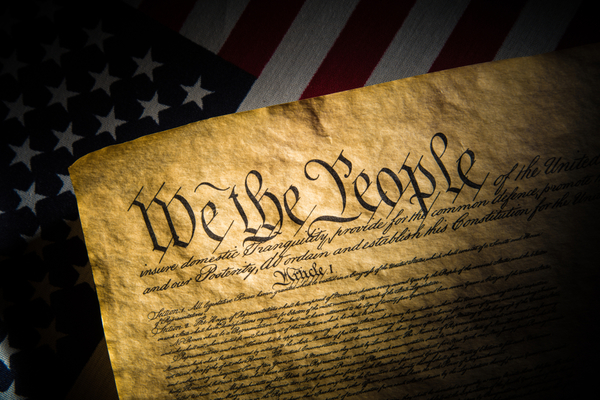 Still, it's interesting to consider particular amendments that are possible under each of these three categories.

Writing for Forbes, economist Nathan Lewis proposes a number of constitutional amendments he believes would improve our nation and our finances. Each of these amendments listed below is possible under the Convention of States application, and it will be interesting to see whether any are considered at the Convention:

Uniform, flat, indirect taxes. The “uniformity clause” (Article 1 Section 8) was to insure that the same taxes would apply to everyone everywhere. There would not be high taxes for that person, and low ones for another — the principle of the “progressive income tax,” which was one of Karl Marx’s ten principles from the Communist Manifesto. Direct taxes (like the income tax) were effectively made unconstitutional until the Sixteenth Amendment of 1913. The Federal government was to raise money from indirect taxes only — basically, sales taxes and tariffs. The modernized version of this would be a national sales tax or, somewhat better in my opinion, a Value-Added Tax — combined with a repeal of the Sixteenth Amendment and elimination of the income tax. Income taxes could be applied at the State level, but, I think that States that abused this policy would find themselves quickly depopulated. A new and up-to-date Amendment would repeal the Sixteenth Amendment and limit the Federal government to indirect (sales tax, tariff, VAT) taxes only.


Elimination of all welfare-type spending at the Federal level. All welfare-type programs (healthcare, education, needs-based programs) should be conducted at the State level only. The Federal government limits itself almost entirely to foreign affairs: the military, foreign policy, trade and immigration. This is simply a return to the Enumerated Powers of the original Constitution, and which served as the basic template until the explosion of welfare-related spending during the 1960s. The “General Welfare Clause” was supposed to exclude what was known as “specific welfare” — that is, benefits for individuals. For example, military defense or National Parks support “general welfare,” from which all benefit, but any kind of direct payouts for individuals or corporations are forbidden.


Term limits. Term limits for Congresspeople was discussed at the original Constitutional convention. Now we know that their choice to go with no limits — originally, not even for the president — was a mistake. Senators should be limited to one term of six years. Congresspeople could be limited to three terms of two years. Politics should be public service, not a career.


Taming the Supreme Court. The Supreme Court was never supposed to have the powers it has today, of “legislating from the bench.” That began with Marbury vs. Madison (1803). That’s why the checks and balances found elsewhere in the Constitution were not applied to the Supreme Court. Contemplating the eventual outcome of this (he was president at the time of Marbury vs. Madison), Thomas Jefferson said: “The germ of dissolution of our federal government is in the constitution of the federal Judiciary; an irresponsible body (for impeachment is scarcely a scare-crow) working like gravity by night and by day, gaining a little today and a little tomorrow, and advancing its noiseless step like a thief, over the field of jurisdiction, until all shall be usurped.” And that’s exactly what happened.


Congress won't propose any of these amendments. If we want to submit amendments that limit the power of the federal government, impose fiscal restraints on Congress, and mandate term limits, we can only get them with an Article V Convention of States.

Already, 15 states have called for a Convention of States, and millions of Americans have voiced their support. These men and women have had enough of top-down edicts from Washington. They want to return power to We the People, and they've joined the only nationwide grassroots movement that can do it.

Sign the Convention of States Petition below to join!