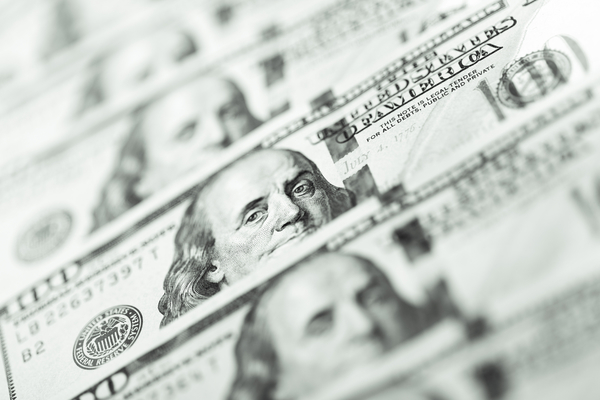 The crash of the U.S. dollar is "inevitable" due to our country's out-of-control deficit and debt, according to one economist who appeared on CNBC’s “Trading Nation.”

Stephen Roach is one of the world’s leading authorities on Asian economics and a senior fellow at Yale University. He believes that the dollar is going to fall "very, very sharply" as the deficit and debt become unmanageable.

“The U.S. economy has been afflicted with some significant macro imbalances for a long time, namely a very low domestic savings rate and a chronic current account deficit,” the former Morgan Stanley Asia chairman told CNBC’s “Trading Nation” on Monday. “The dollar is going to fall very, very sharply.”

His forecast calls for a 35% drop against other major currencies.

“These problems are going from bad to worse as we blow out the fiscal deficit in the years ahead,” said Roach.

According to The Balance, "A sudden dollar collapse would create global economic turmoil. Investors would rush to other currencies, such as the euro, or other assets, such as gold and commodities. Demand for Treasurys would plummet, and interest rates would rise. U.S. import prices would skyrocket, causing inflation."

For the average American, this would look like an economic recession or even a depression. Unemployment would skyrocket as Americans lose their jobs, and families across the nation would lose their homes, businesses, and livelihoods.

The risk of a dollar collapse is made worse by the coronavirus pandemic, but as Roach points out, these economic problems have afflicted our nation for a long time.

Why? Fiscal irresponsibility from the federal government.

For years, Congress has spent and wasted taxpayer dollars without a thought to future generations. It has racked up an enormous, incomprehensible $26 trillion national debt, and no one in Washington is talking about ways to reduce the deficit and get the debt under control.

That's why the American people need to step in, and we can do it with an Article V Convention of States.

A Convention of States has the power to propose constitutional amendments that force Congress to be fiscally responsible. These amendments can mandate a balanced budget, cap taxation, and, most importantly, limit spending.

Our government wastes billions of taxpayer dollars every year on duplicative, wasteful, useless government programs and initiatives. It's time we compelled Congress to address this waste, and the Founders gave us that power in Article V of the Constitution.