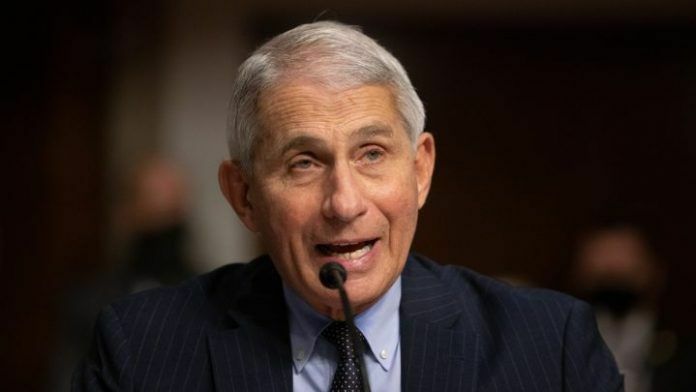 In his questioning of Dr. Anthony Fauci earlier this week, Senator Roger Marshall pointed out that the American people know precious little about where Fauci gets his money and what he does to deserve it.

"I don't understand why you're asking me that question," Fauci told the senator. "My financial disclosure is public knowledge and has been so for the last 37 years or so."

Later, he said, "What are you talking about? My financial disclosures are public knowledge and have been so. You’re getting amazingly wrong information."

There's just one problem: Fauci's financial information isn't publicly available. In fact, it's so hidden that our friends at Open the Books have been forced to sue in order to obtain it.

As Open the Books Founder Adam Andrzejewski explains, Fauci is the number one most highly compensated federal employee with an annual salary of over $435,000. How? No one knows.

"We field a Freedom of Information Act request for his employment contract with all changes, amendments, and modifications to that contact, his conflict of interest statements and his financial disclosures, his job description, and a copy of any royalties paid to him from, say, pharmaceutical companies," Andrzejewski said.

"Today in the Senate hearing, Dr. Fauci said that all this was available. But we had to file a lawsuit for it," he said.

Fauci's agency handed out 51 pages of information after Open the Books threatened them with a lawsuit, and once they filed the suit, the agency admitted that there are 1,200 pages of information subject to these disclosures. But they're only going to give it out in 300 pages per month!

These are the people who really run our country: unelected, all-powerful bureaucrats whose dealings stay in the dark and who refuse to be transparent with the American people.

We hope Open the Books can hold Fauci to account, but we need a more permanent, long-term solution. We've found one in Article V of the Constitution.

Over five million Americans have joined the movement, and 15 states are on board. To add your name to the list, sign the petition below!