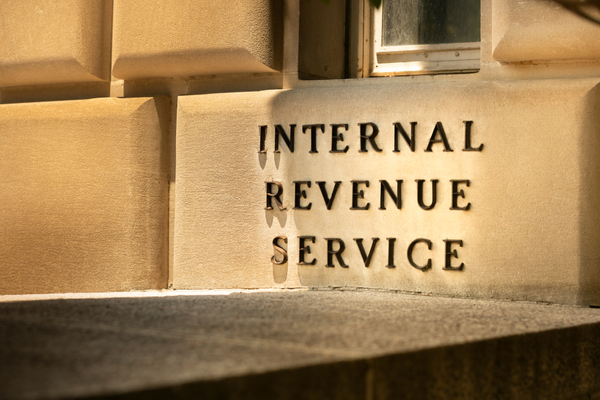 Everything old is new again, as they say.

In a letter to IRS Commissioner Charles Rettig, Oregon Senator Ron Wyden asked the IRS to "investigate the extent to which tax exempt organizations were involved in any part of the Capitol insurrection or actions leading up to that event."

The riots at the Capitol were a terrible moment in our country's history, and all groups responsible should be held to account according to law.

But notice that Wyden doesn't want to target only the groups involved in the riots, but also the groups "involved in... actions leading up to that event."

As Dan Pilla pointed out for the Heartland Institute, this small phrase has serious ramifications.

Please note that Wyden calls into question, not only the violence of Jan. 6, but also "actions leading up to that event." Democrats have demonized those who dared called into question the results of the November election. Setting aside the violence for one minute, openly challenging an election, or for that matter, any other political process, cannot possibly constitute an "illegal act."

If the IRS falls in line behind Wyden, as I expect it will do under the Biden administration, we can expect that every conservative political action group and public policy advocacy group in the U.S. will come under IRS attack, a coordinated attack including "other law enforcement agencies."

Essentially, Wyden is opening the door for the IRS to attack any nonprofit group that asked questions about fraud and irregularity in the 2020 election.

This kind of overreach is nothing new in Washington. The IRS targeted Tea Party groups for many years, and politicians often use their regulators to go after groups they don't like. But no one can deny that this kind of corruption is far outside the bounds of the Constitution as it was written by the Framers.

The Framers imagined a federal government with a short list of limited powers. These powers encompassed international affairs and a small group of domestic affairs, but most regulatory and lawmaking powers were vested in the states.

Today, that system has been turned on its head. Washington operates outside the will of the people using armies of bureaucrats to control every aspect of our lives. They have near-unlimited powers to go after groups and individuals, and the states seem powerless to stop them.

Washington will never fix itself. The only way to change the status quo is by calling the first-ever Article V Convention of States.

A Convention of States is called and controlled by the states and has the power to propose constitutional amendments. These amendments can limit the power, scope, and jurisdiction of the federal government and return that power to the states and the people. Amendments can also mandate fiscally responsible policies and impose term limits on all federal officials.

Americans shouldn't have to worry that the IRS will go after them for political purposes. We must limit the power of the IRS and all federal agencies, and the best way to do that is with a Convention of States.