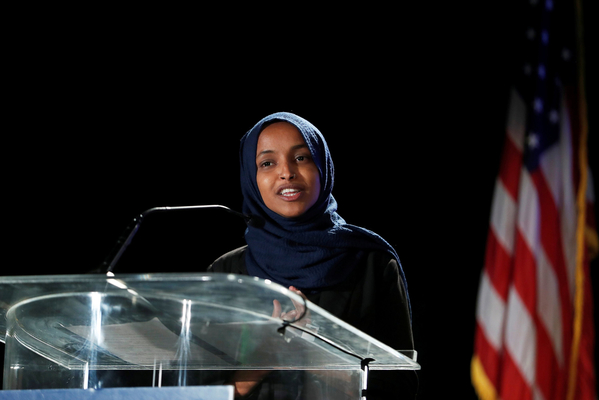 This is about as swampy as it gets.

Omar claims she did nothing improper, but she nonetheless announced that her campaign would be cutting ties with her husband's firm moving forward.

This is one of the ways our members of Congress get rich on the backs of American taxpayers. They fundraise to run for office, then use those funds to help their friends, allies, and family members. In some cases, as in Omar's, that "help" simply shuffles the money back into their personal bank accounts.

This is precisely the kind of corruption that needs to end in The Swamp. Our public servants should be just that: servants. They shouldn't be able to use their position to become multimillionaires. They should go to D.C. to represent their constituents for a short amount of time, and then re-join the real world.

Members of Congress will never limit their ability to get rich and stay in D.C., but a Convention of States can implement the reforms we need whether they like it or not.

An Article V Convention of States is called and controlled by the states and has the power to propose constitutional amendments that limit Washington's power, impose fiscal restraints on Congress, and mandate term limits for federal officials.

Term limits will ensure that congresspeople cannot stay in D.C. and form the swampy connections that make them rich. Limits on federal power will de-incentivize big business from "investing" millions of dollars in campaigns for favorable laws and policies down the road. And fiscal restraints on Congress will ensure that less money flows through D.C. to encourage corruption and abuse.

Rep. Omar's actions, unfortunately, are not uncommon. But we can change D.C. with an Article V Convention of States. To join the movement, sign the petition below!