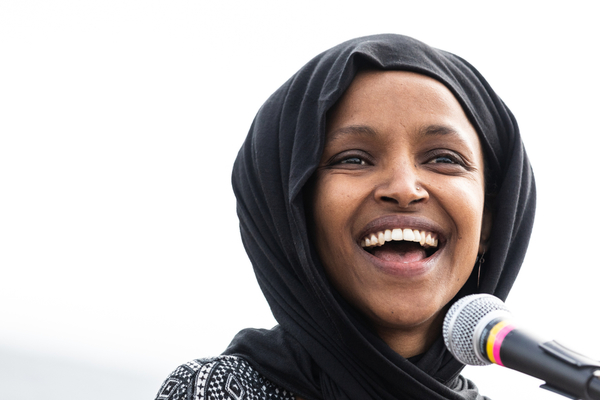 Today in federal corruption and abuse of power: The Washington Free Beacon reports that Representative Ilham Omar has funneled $606,000 to her husband's firm in the first three weeks of July alone.

Federal Election Commission records released Thursday show that over the first three weeks of July, Omar's campaign sent $606,000 to the E Street Group, a D.C.-based consulting firm run by Tim Mynett, Omar's husband. The money accounted for 77 percent of the campaign's disbursements during that time.

Mynett's firm is Omar's biggest campaign vendor. The campaign had already doled out $1 million to the firm this cycle before July. The $1.6 million in total payments accounts for nearly half of Omar's $3.4 million in net operating expenditures this cycle.

Unfortunately, Omar isn't alone: handouts and kickbacks are standard practice in D.C., and representatives from both sides of the aisle engage in this unscrupulous behavior.

Our members of Congress need to be reminded who they work for. They aren't in D.C. to enrich themselves, their friends, and their family. They're in D.C. to serve their constituents, but you wouldn't know it by looking at the behavior of most of our "leaders" in Washington.

We need a real change in our nation's capital. We need to restore the balance of power between the federal government and We the People. We need to force Congress to be fiscally responsible, and get the careerists out of D.C.

We need a Convention of States.

An Article V Convention of States can propose constitutional amendments that limit the power of the federal government, mandate term limits, and impose fiscal restraints. A convention is called when 34 states call for one, and amendment proposals are ratified by 38 states after the convention.

If there was ever a way to send a wake up call to Washington, this is it. The Founders included the Convention of States option in Article V for such a time as this. It's high time we used it.