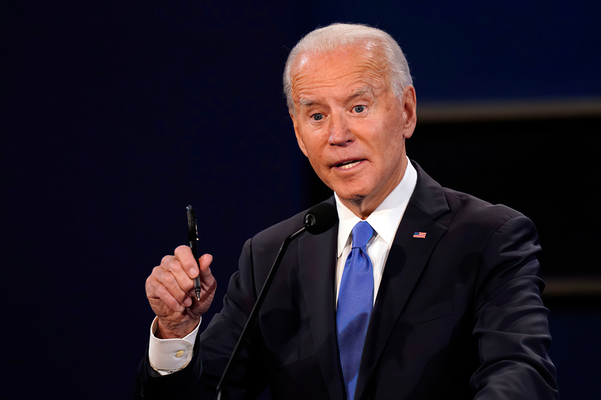 In today's example of D.C. corruption, we have a former Biden transition official securing a massive contract with the federal government for his new employer.

As the Daily Wire reported earlier this week, Andrew Lorenzen-Strait scored a $530 million contract for a nonprofit without having to compete with any other similar organizations. The feds didn't solicit any other bids when it needed an organization to help house migrants on the southern border -- they just handed the contract to one of their former cronies.

A nonprofit in Texas received a massive contract worth up to $530 million — significantly larger than the organization’s annual budget — to help manage President Joe Biden’s border crisis after they hired a former Biden transition official.

“The contract is by far the largest ever awarded to Family Endeavors. It’s potentially worth more than 12 times the group’s most recently reported annual budget — a sign of the demand the new work will place on its operations,” Axios reported. “The no-bid contract also is the second largest ever awarded by the agency overseeing the migrant child program.”

The organization got the contract after it hired Andrew Lorenzen-Strait, who advised the Biden transition team on Department of Homeland Security policy and staffing matters, to be its senior director for migrant services and federal affairs.

The Washington Examiner reported that the Biden administration did not solicit bids for the contracts to house migrants that have illegally entered the U.S. in massive numbers. The report noted that the organization had no history of working with Immigration and Customs Enforcement (ICE) when it got the contract.

This is what's known as the "revolving door" in D.C. politics. Politicians and advisors work closely with agencies handing out government contracts, then leave D.C. to work for the companies making a bundle on those contracts.

All of this comes at the expense of the American taxpayer. If the Biden administration had solicited bids from other companies, they could have gotten a lower price and saved money for the American people. Instead, because the administration wanted to help out one of its former officials, we're spending hundreds of millions when we may not have to.

It's time for this corruption to end. Federal agencies can reward their friends because Congress provides very little real oversight. We must force Congress to hold agencies accountable, and the only way to do that is through a Convention of States.

A Convention of States is called and controlled by the states and has the power to propose constitutional amendments. These amendments can compel Congress to spend our money wisely by mandating a balanced budget and combining that mandate with spending limits and tax caps. That way, Congress can't simply raise taxes to make up the difference. Our elected representatives will have to address the billions wasted each year on corruption like this most recent example in the Biden administration.