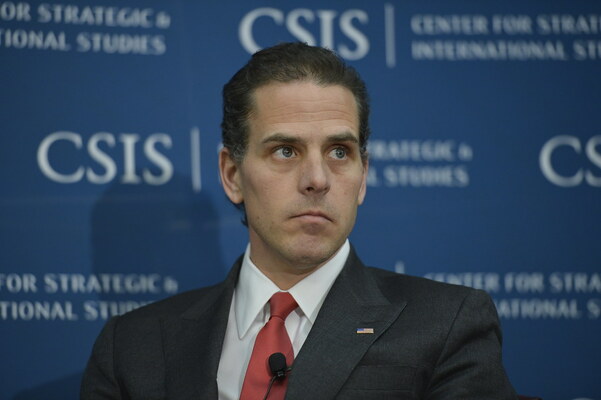 If this doesn't stink to high heaven, we don't know what does.

Hunter Biden has launched a new career for himself as an artist. He's planning to sell some of his masterpieces at an upcoming art show, and thanks to his last name, some of the pieces could bring in literal bags of cash for the president's son.

If that wasn't bad enough, now even the mainstream media is reporting that Joe Biden's White House negotiated a deal with the art gallery to withhold the names of those who purchase Hunter Biden's paintings. In other words, with his father's help, Hunter plans to leverage his last name  to make millions of dollars, and he's not even going to release the names of the people flying in to dump stacks of money on his driveway.

“The idea’s that even Hunter won’t know, but the WH has outsourced government ethics to a private art dealer. We’re supposed to trust a merchant in an industry that’s fertile ground for money laundering, as well as unknown buyers who could tell Hunter or WH officials? No thanks,” he said, according to the Daily Wire. “Is this amateur hour for government ethics? Good luck dealing with the fallout when a new owner of Hunter’s pricey ‘art’ appears in a magazine spread. In the meantime, the WH has put its stamp of approval on the president’s son profiting off his father’s public service again.”

When even former Obama officials are questioning your ethics policies, you know you're in trouble. But this doesn't come as a surprise to most Americans. Hunter Biden's ethics violations are public knowledge, and we've been calling attention to corruption in the Biden family for years.

Biden isn't alone, of course. Federal politicians from both sides of the aisle engage in corrupt activity, which leads us to an important question: why do we keep giving them more power?

Instead, we should be doing everything we can to shrink the size, scope, and jurisdiction of the federal government. That way, even if politicians engage in corruption, they'll have far less power and influence to sell and a lessened ability to harm our nation.

When called and convened by the states, a Convention of States has the power to propose constitutional amendments. These amendments can put the federal government back in its constitutional box by limiting Congress's jurisdiction, reining in the Supreme Court, and ending the almighty power of the White House.

America deserves better than a corrupt president. She deserves freedom and self-governance, and that's exactly what a Convention of States can provide.