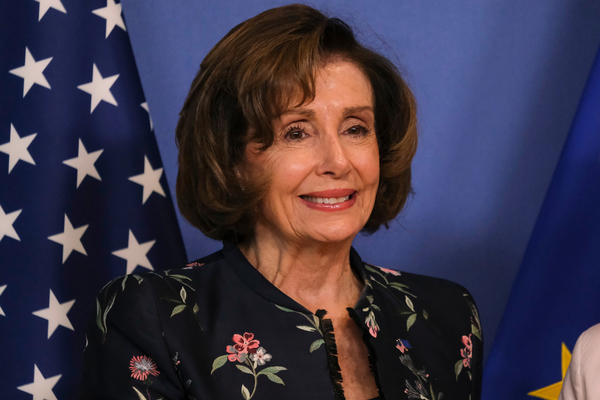 This is absolutely disgusting.

As the American people reel under the COVID-19 outbreak, our "leaders" in D.C. are trying to score political wins at our expense.

Senate Republicans have offered a relief package that, while not perfect, would give Americans a measure of flexibility as they try to weather this economic storm.

Today it looks like Senate Democrats have reached an agreement with their colleagues across the aisle, but the House is a different story.

As Rachel Bovard outlines in a devastating Twitter thread, the House version of the bill is filled with measures that have nothing whatsoever to do with the coronavirus outbreak.

Pelosi's #COVID19 bill is 1,119 pages and contains provisions for "conducting risk-limiting audits of results of elections" so yeah it's really very focused on the crisis at hand.🤦🏻‍♀️ pic.twitter.com/Q6axBi14lZ

It also bails out the postal service. pic.twitter.com/cy9GYoK7zj

Also, guys, let's maybe focus on restricting stock buybacks and executive compensation with taxpayer loans and save the woke-scolding for later? pic.twitter.com/6iv0TKbbwU

Ah, yes, requiring early voting will save us all from #COVID19. pic.twitter.com/Gwg4Tcyjx5

Same day voter registration, a long-time Dem wishlist item, very relevant to addressing those businesses and working families about to go under from #COVID19. pic.twitter.com/KizGbEYq9O

We can agree or disagree about the value of collective bargaining for federal employees but can we all agree that it doesn't belong in a relief bill DESIGNED TO HELP PEOPLE WITH #COVID19. pic.twitter.com/bswhj4dMeG

I'm just going to throw this out there: Requiring the airlines to fully offset their carbon emissions is not going to save the airlines. pic.twitter.com/WcmHuI5eQr

You know what families who can't work and are struggling to make rent really care about?

Being able to look up greenhouse gas emissions from the flights they can't afford to book. pic.twitter.com/klGOhE8uOM

I, too, care for community journalism.

But right now none of them have jobs because of #COVID19 so maybe this isn't the time to modify their retirement plans. pic.twitter.com/fK0OO9VqVQ

I mean. Again. Worthy goal? Perhaps. We can debate it. But why are we establishing all these new programs when what we really need is to PASS A BILL TO HELP PEOPLE WHO CANNOT WORK. pic.twitter.com/Awv3Thjc8h

Ah, here it is. The prohibition on stock buybacks, exec comp, & dividends for corps receiving taxpayer loans. I actually agree w/ this. But, it's a tiny provision amidst bailing out the USPS, emissions mandates on the airlines, & ensuring woke corporate boards. So here we are. pic.twitter.com/9ANF6wjUZ7

Annnnd....in case you thought we were done with the woke-scolding, you were wrong.

Families can't pay their mortgages and there aren't enough ventilators, but you know what we will have? Corporate budgets dedicated to diversity & inclusion initiatives! pic.twitter.com/tBuO3hrBfB

Believe it or not, the list goes on. As reported by Fox News, the bill also includes funding for the Kennedy Center and "Obamaphones."

We can't trust Congress to put our needs ahead of their political agenda. Americans' lives are on the line, and all they can think about is scoring political points that have nothing to do with the crisis at hand.

If this kind of behavior makes you want to strip Congress of its power, you've come to the right place.

An Article V Convention of States can propose constitutional amendments that limit the power, scope, and jurisdiction of the federal government. Once ratified by 38 states (after the convention), these amendments can limit the topics on which Congress can legislate, the issues on which they can spend money, and the areas of American life they can control.

The political class in D.C. has had their chance. Now it's time for We the People to take control, and we can do it with an Article V Convention of States.