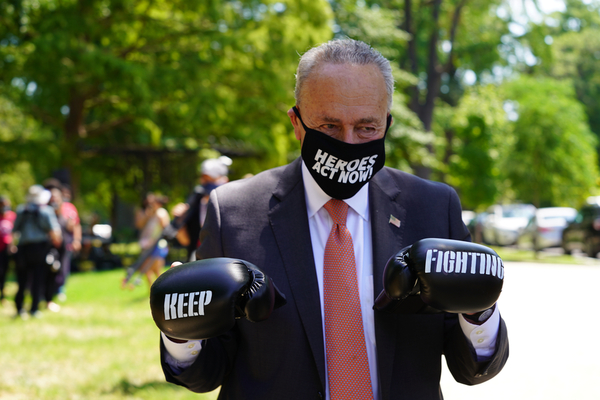 With the country $26 trillion in debt and struggling under the weight of historic COVID-19 spending, you'd think Congress would be hesitant to needlessly spend taxpayer dollars.

According to a recent report, state governments have only spent just over $34 billion -- or nearly a quarter -- of the $139 billion in payments Congress passed in March to states and local governments in the CARES Act.

In a normal world, to normal people, this would be good news. The states are covered for now, right? Congress doesn't need to dole out any more hard-earned taxpayer dollars to bail out irresponsible state governments.

So, Congress, and specifically the Democrats in Congress, are proposing giving state and local governments an additional $915 billion -- even though the states have only spent 25 percent of the money they've already been given!

This is the definition of insanity, and it's time to put a stop to it.

An Article V Convention of States can propose constitutional amendments that would restore fiscal responsibility to Washington. These amendments can require Congress to balance the budget, limit spending, and cap taxation.

Taken in total, these amendments will force Congress to take their spending seriously. They will force our elected officials to make tough spending decisions and ensure that our children and grandchildren inherit a country on a strong financial footing.

Millions of Americans have joined the movement, including 15 states. Sign the Convention of States Petition below to get involved!