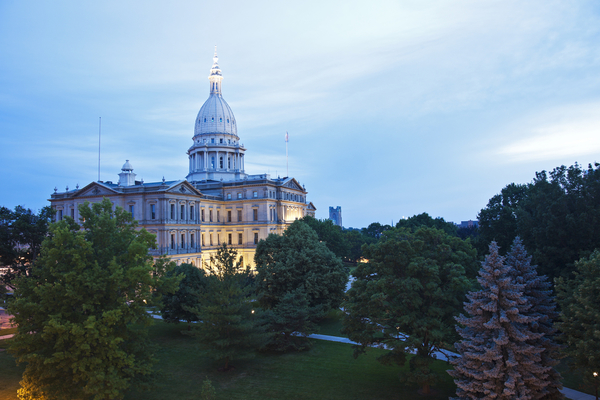 The following was written by Convention of States Action President Mark Meckler.

It feels so good to deliver this victory announcement to you.

In the midst of this pandemic, the shut-down of our economy, nationwide protests and social unrest, today I witnessed that liberty resides deep in the American spirit. Today, self-governance was victorious!

The COS Michigan team of activists worked tirelessly to keep pushing the Convention of States Resolution, and now they’ve secured a major victory: the Michigan Senate Committee on Government Operations has passed our resolution on a 3-2 vote!

Michigan’s tyrannical governor Gretchen Whitmer isn’t happy today to learn the legislature is standing up for the sovereign citizens of the state. But we don’t need her approval to pass COS in Michigan. This is a citizen-led movement, and today the citizens won!

However, our work is not over yet. The grassroots secured the three necessary votes to pass this committee, but now we must secure the votes of 20 senators to pass the full senate. Our adversaries will try to end our effort to return power to the sovereign citizens of the states -- we need your help to continue the fight.

We must push for the next victory now, while we have the advantage and momentum.

If you live in Michigan, it's crucial that you contact your Senator ASAP and voice your support for SJR L.

You can contact your senator quickly and easily by clicking here.