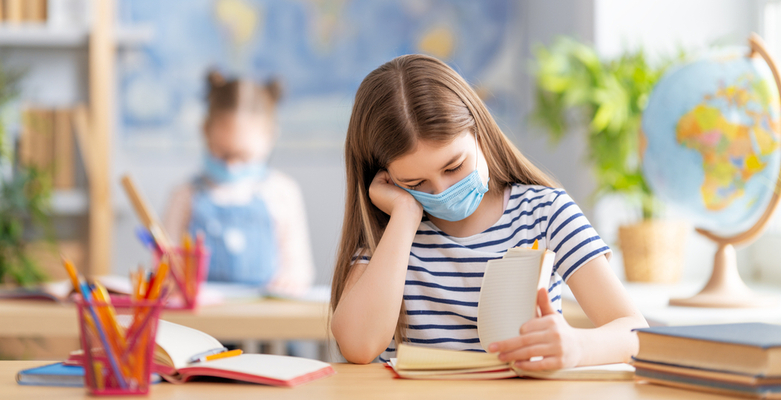 Well, folks, it doesn't get much swampier than this.

A new report from Fox News reveals the level of coordination between the Centers for Disease Control and teachers' unions, and let's just say the relationship was cozy.

So cozy, in fact, that the CDC sent the American Federation of Teachers (AFT) their school guidelines days before they were released so that the union could edit the guidance line-by-line.

These edits, according to Republican officials, made it more likely that schools would remain closed longer, teachers could get paid for doing nothing, and American families would suffer.

On Feb. 11, 2021 one day before the CDC publicly posted the guidance, AFT's senior director of health issues, Kelly Trautner, emailed CDC Director Dr. Rochelle Walensky asking her to insert the line: "In the event high-community transmission results from a new variant of SARS-CoV-2, a new update of these guidelines may be necessary."

The emails revealed that Walensky forwarded the email to Dr. Henry Walke, director of the CDC’s Center for Preparedness and Response, who then revised the guidance in accordance with AFT’s request.

The emails also revealed that CDC officials coordinated an early release of the final guidance to the AFT before releasing it to the public.

This is corruption at the highest levels. When Congress mistakenly gave federal agencies the power to craft guidelines and regulations, they did so with the assumption that these "public servants" would act in the best interest of the public.

Instead, these career bureaucrats and swamp monsters use their positions of power to craft favorable regulations for their friends and political allies while leaving the American people to suffer the consequences.

In this case, those consequences were that millions of kids are behind in school, thousands of families suffered financial loss and emotional trauma, and the country is more divided than ever.

It's time for We the People to take The Swamp down a notch. Congress has no interest in stripping power from Deep State bureaucrats, and the President uses these bureaucrats to secretly (and sometimes not-so-secretly) advance his agenda. Fortunately, Article V of the Constitution gives us a tool powerful enough to drain The Swamp.

Article V allows the states to call a Convention of States for the purpose of proposing constitutional amendments. These amendments can limit the jurisdiction of the federal government and shrink the topics and issues the feds can regulate. This would eliminate many federal agencies that govern education, the economy, or healthcare, and shrink the power and size of many others.

We can't vote out the CDC director. But we can strip her of her power, and Article V is the most powerful way to do that. To join the movement, sign the petition below!