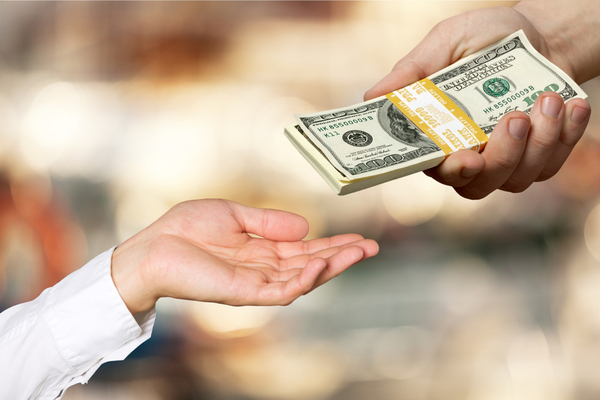 Our federal debt is at $30 trillion, inflation hit 9%, and economists predict that stagflation is inevitable, but President Joe Biden and Congress keep spending as if the nation had a bottomless cache of disposable cash.

Just this week, Biden announced he’d be giving federal employees a pay raise. Of course, as most people know, the government is notoriously inefficient at its job. Conveniently, however, Biden believes he possesses the authority to increase the pay of millions of government employees anyway.

According to The Washington Post, the pay raise would impact upward of 2.1 million executive branch employees (U.S. Postal Service employees are excluded). Biden’s proposed average increase would be a 4.6% raise.

“Specifically, I have determined that for 2023, the across-the-board base pay increase will be 4.1 percent and locality pay increases will average 0.5 percent, resulting in an overall average increase of 4.6 percent for civilian Federal employees, consistent with the assumption in my 2023 Budget.” wrote the President in a letter to Speaker of the House Nancy Pelosi and Vice-President Kamala Harris.

“Federal agencies have witnessed growing recruitment and retention challenges with Federal positions experiencing eroded compensation,” he continued. “Multiple years of lower pay raises for Federal civilian employees than called for under regular law have resulted in a substantial pay gap for Federal employees compared to the private sector. The American people rely on Federal agencies being managed and staffed by skilled, talented, and engaged employees, including those possessing critical skills sets, which requires keeping Federal pay competitive. This alternative pay plan decision will allow the Federal Government to better compete in the labor market to attract and retain a well‑qualified Federal workforce.”

It certainly may sound benevolent of Biden to pay more to these “Federal civilian employees,” but we must remember that he does so with our money. Any increase to their wages will come straight from our taxes.

Instead of throwing more money - stolen from the American people - to the wind, maybe he should focus on actually curbing the inflation that chips away at our income. Or doing something about our incomprehensibly huge debt.

While some politicians certainly do a better job at it than others, neither side in Washington really seems willing to tackle the issue of the federal debt. It’s not just Biden; the debt increased even under President Trump by more than 33%. This is not a party issue: the American economy, as is, is simply unsustainable. Meaningful change is required yet neither side is inclined to make that change.

This is precisely why we need a Convention of States. This powerful tool, left to us by our Founders, would enable the states to bring power back to the people where it belongs. At an Article V Convention, the states could propose amendments imposing fiscal restraints on the federal government, thereby protecting us from the negative consequences of D.C.’s current spending problem.

The true genius of this plan is that it completely bypasses the Swamp meaning we could work around those stubborn politicians who refuse to make financially responsible decisions. As noted early, America can not continue on its current financial course much longer. That’s why we must act to call a Convention of States immediately.

To show your support, sign the COS petition and get involved in the movement today!