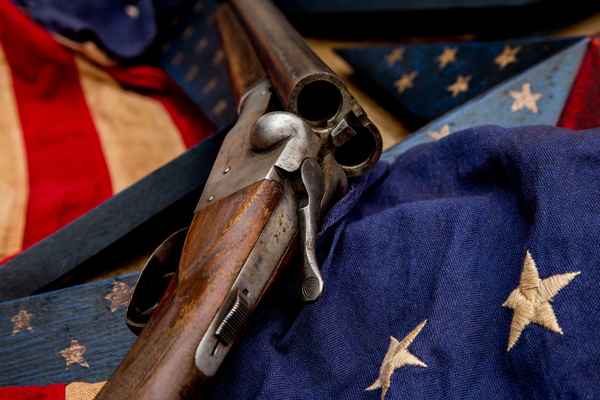 This year, President Joe Biden has already passed the so-called Bipartisan Safer Communities Act – a sweeping piece of unconstitutional gun control legislation. Now, in the time between the 2022 midterm elections and when the new Congress is sworn in on January 3 – Congress’ lame-duck session – Biden will push for the legislative branch to further crack down on the Second Amendment rights of Americans.

In an interview on Thanksgiving, the president expressed incredulous disbelief that the states were not doing more to enforce red flag laws. Biden’s Safer Communities Act incentivized states to impose red flag laws, which a majority of Independent and Republican voters feared would be “abused by local authorities and government officials to disarm their political opponents and/or citizens who disagree with them.”

In his interview, he told reporters that America should have “much stricter gun laws.”

“Look, the idea that we’re not enforcing red-flag laws, period, just based on knowledge, not on parents saying or a loved one saying you should arrest this person now for his own sake, is ridiculous,'' he said. “The idea… we still allow semi-automatic weapons to be purchased is sick. It's just sick. It has no, no social redeeming value. Zero. None. Not a single, solitary rationale for it except profit for the gun manufacturers.”

When asked if he would pass gun control legislation during the lame-duck session, he replied: “I’m going to try. I’m going to try to get rid of assault weapons.”

Others have pushed back, arguing that the president does not have the votes necessary to carry an assault weapons ban across the finish line in the Senate (the House has already passed a ban).

Senator Chris Murphy dismissed the president’s hopes in an interview on Sunday. “I’m glad that President (Joe) Biden is gonna be pushing us to take a vote on an assault weapons ban,” the outspoken gun control advocate told CNN. “The House has already passed it. It’s sitting in front of the Senate. Does it have 60 votes in the Senate right now? Probably not.”

He added, however, that if the vote failed in the lame-duck session, Congress would most likely try again next year and may have better chances at advancing the president’s anti-Second Amendment agenda.

The Bill of Rights is clear: our right to keep and bear arms shall not be infringed. We must remember that the Founders gave us the Second Amendment for the express purpose of enabling the people to resist tyranny. They would be deeply distraught at any federal government that tried to take that right away.

Through an Article V Convention of States, we can safeguard the Second Amendment from being mined away by our megalomaniac federal “leaders.” We can place fiscal restraints on the federal government, limit its power and jurisdiction, and impose term limits on its officials and members of Congress – all through a Convention of States. To join this movement to save the Second Amendment, our Constitution, and the American Republic, sign the petition below and get involved today!