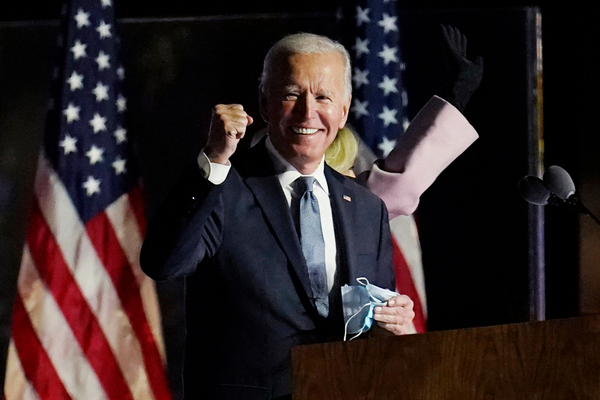 President-elect Joe Biden hasn't even been sworn in and he's already announced his intentions to blow out the national budget -- and raise taxes to do it.

The new administration is planning a host of new government spending, according to a new report from Roll Call. The list will cost taxpayers trillions of dollars and includes, among other things:

And this doesn't even include government-run healthcare, the Green New Deal, and Biden's other big-money agenda items.

And how is he going to pay for all of this? By raiding the pocketbooks of the American people.

His advisors assured Roll Call that he won't raise taxes until "the economy is fully recovered, or at least more stable." But make no mistake: tax increases are coming, and they'll affect everyone, from the lower and middle classes to the richest Americans.

As any responsible American knows, the best way to get a budget under control isn't to increase spending and hope for a raise. The only fiscally responsible action is to limit spending by cutting useless, wasteful, and unnecessary expenditures. But with the Democrats in control of Congress and the White House, we shouldn't expect fiscal responsibility any time soon.

That's why we must call an Article V Convention of States. Neither party in D.C. has shown much willingness to reduce the $27 trillion national debt. Fortunately, a Convention of States is called and controlled by the states and has the power to propose constitutional amendments that force Congress to be fiscally responsible.

These amendments can mandate a balanced budget, but they can do so much more. They can impose real spending caps on Congress while prohibiting them from raising taxes. Amendments can also limit the jurisdiction of the federal government, which would disallow Congress from spending money on things over which they have no jurisdiction under the Constitution.

Taken as a whole, these amendments can compel Congress to cut the budget and save our children and grandchildren from the crushing taxes that will be necessary to implement Biden's agenda. This is the Founders' solution to federal overreach and irresponsibility, and it's time we urged our state legislators to use it.

Sign the petition below, and we'll send a copy to your state representatives!