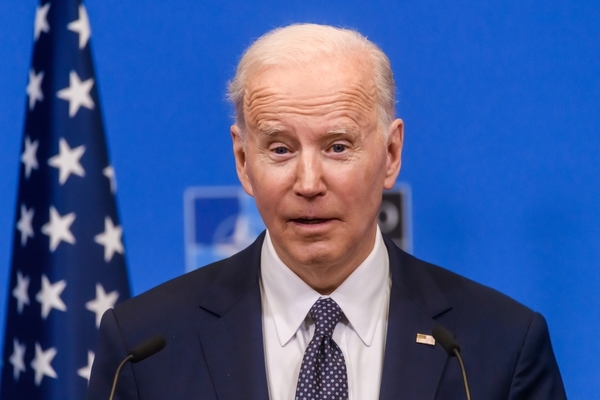 The sickening mass shooting at an elementary school in Uvalde, Texas on Tuesday by an 18-year-old male is already being used as a political weapon by power-hungry politicians that want to take away the Second Amendment rights of Americans.

Everyone can agree this heartbreaking tragedy was pure evil. The shooter first shot his grandmother at home before heading to a nearby school, where 19 children and two adults were shot and killed. The gunman also shot two officers that are expected to survive and was ultimately killed by police.

The issue we can’t all agree on, however, is using this perpetrators' individual actions as a way to push an agenda that takes away millions of Americans’ constitutional right to keep and bear arms.

Just hours after the incident, Biden spoke about the shooting, but more specifically, the Democrat party’s talking points on gun control.

However, the specifics of the shooting remain unknown, which means there’s no way Biden can know how this incident could have been prevented.

“It’s long past time for action, any kind of action. And it’s another tragedy — a quieter but no less tragic one — for families to wait another day,” Obama said.

But there’s many other problems at the root of the issue that are not being talked about. No one wants to point out how much Big Pharma makes off Americans, who use the most antidepressants in the entire world. Mental instabilities in the U.S. have become quite evident, but why? Lockdowns and government mandates have also left our nation without social normalcy for years.

There is a huge desire to change the nation’s gun laws by those in power because they know firearms are the main obstacle that stand in the way against more government power.

This is why a Convention of States is so urgent in these times. Solutions are needed to prevent shootings from happening, but we must address the root causes instead of infringing on the right to keep and bear arms.

What can we expect in the coming weeks? A major push for gun control by the White House and both chambers of Congress. There’s only so much time before Democrats know the House and Senate could flip back to Republicans, which means time is ticking to successfully pass gun control legislation.

In history, nation’s that slowly restrict gun rights eventually ban them altogether and end up with an ever-growing federal government. It’s time we reign in on the government’s power so they can’t encroach on this right that keeps liberty and independence at the core of our nation.

Sign the petition below to join the Convention of States movement!